Here’s our analysis on the best languages to learn based on a variety of use cases — why you want to learn, how easy they are, and how many people speak each language.

Learning a language is so hard that before you start out you really have to make sure: are you learning the right language?

People tell us after we tell them about our long-term language learning plans: “Wow, you’ll be able to speak to just about anyone in the world.”

It’s not possible for a human to learn every spoken language. There are just so many people, and so many languages. But yes, one can get get pretty good coverage.

This then begged the question: What languages would we have to learn to speak to anyone in the world? What a goal! But is this even the right goal?

There are so many languages out there. There are some countries with several – even dozens – of major languages spoken by significant groups of people.

So this brought us to one guiding question: Why do we learn languages? And how do we choose what language to learn next?

In a nutshell… What Language Should You Learn?

Here’s the general framework for figuring out what language to learn. Ask yourself these questions.

Let’s explore below thinking through each of these, plus some example languages to learn.

Figure out “why” you’re learning a language

Deciding “why'”you’re learning a language is critical. You can really narrow down your list by figuring out the “why”.

People often wonder what the most “useful” languages to learn are. Obviously, the most useful languages would be the ones that best serve your purpose.

So “useful” can mean so many things — it might mean visiting a country, ordering food in a restaurant in your native country, or just reading books. That’s why we talk more about “motivation” to get more specific.

Our main motivation is to be able to understand people different to us, to bridge cultures. That tells us which languages to learn: those spoken by cultures that are interesting to us and about which we know nothing. For us, this includes major languages from all over the world, as well as those spoken by smaller communities, like tribes in Africa and Australia.

But there are many other reasons to learn a language. The reason you learn a language might be to speak to family, to connect with more people around the world, or maybe even just to impress people (like for your résumé).

If you are learning a language to speak to your loved ones — then that’s the language you’re going to learn.

Your motivation will also dictate how we learn.

For example, if your motivation is to learn and perform poetry, you’d go in deep and focus a lot on rich vocabulary and perfect diction.

If your motivation is to just chat with locals and have a laugh, you wouldn’t go anywhere near as deep.

Sometimes it’s a bit hard to work out your motivations. We did it through a conversation.

Me: “Hey Jo, let’s learn Russian!”
Her: “But I don’t want to go to Russia! OK maybe another country that speaks Russian. Russian’s pretty cool. But isn’t it also really hard?”
Me: “OK you’re right. Well, we’re going to Estonia… but I don’t want to learn Estonian. It’s one of the hardest languages in the world, we’re not staying long, and everyone there speaks English.”
Her: “How about Swahili? They speak it in the Lion King and it sounds so beautiful.”
Me: “Well, it is the most spoken language in Africa. But what about Xhosa? It has those click sounds!”
Her: “But do they speak it in the Lion King?
Me: “No”
Her: “Also more people speak Swahili and I want to go to Tanzania and Kenya. Also, Lion King.”

And that’s how we answered the question of “what language should I learn next” — Swahili, in that case.

Our motivation: To connect with people in countries/regions we want to visit, and with our families

As an example, we have two main answers to “why” learn a language:

An important secondary consideration is: will we even need the language to connect with the local people there? This can vary dramatically.

In Africa, there are a number of major languages, plus lingua franca languages like Swahili, English, and French. To cover a reasonable portion of Sub-Saharan Africa, we’d need to add Swahili (best learned in Zanzibar) and Hausa to our portfolio.

In the Middle East, we’d need to learn a spoken dialect of Arabic rather than Standard Arabic. We eventually settled on Egyptian Arabic.

It’s simple — using this framework, pick the place that’s least familiar to you, and learn that language. If you have a few choices, then pick the easiest one. If you are only interested in connecting with Chinese culture, then you learn Chinese!

Prioritise by how “easy” the language is

YES! They’re all hard! There are no ‘easy’ languages to learn. Just some that won’t drive you QUITE as crazy. And they’re hard in at least a few ways. It depends on what your mother tongue, is, too.

If you’re interested, these are the hardest languages in the world to learn.

In some ways, every language is easy because a child can speak them. They’re only as hard as we make them for ourselves. We tend to be our own worst enemies by sending up roadblocks, like clinging to failures.

But knowing what you’re up against helps you decide how much effort to put in, and what to expect from learning.

This analysis assumes you’re an English speaker who’d learn in English. You may or may not know some other languages. I’m also going to consider just languages people learn – say, the ones most spoken in the world, the kinds that might have a couple of phrasebook options available on Amazon.

There are four main ways in which a language may be easy (or hard).

How easy is the language’s vocabulary?

Take French or Spanish. In Spanish, carro or coche is pretty easy to remember as “car”. Other words like político, restaurante, gobernamiento, teléfono, and legislación are all pretty easy to guess. Pick up any newspaper you can kind of figure out what’s going on even without knowing any Spanish.

The same is true of French and other languages with a familiar alphabet and a lot of related words.

Go to the front page of China Daily and it’s a different story. You’re just looking at the photos now.

How easy is the language’s pronunciation?

No language has REALLY easy pronunciation (including English for non-native speakers). But some get way harder.

Chinese, Vietnamese and Thai all have tones. Other languages like in Arabic, German, Hebrew, Dutch, Spanish, and French have letters that are difficult to pronounce. The letter r is a usual culprit for English speakers.

The easiest languages are those that have fewer sounds than in English. These languages are standardised and usually follow rules.

Bahasa Indonesia, for example, is the easiest major language (>300M speakers) I know of. It is relatively modern, standardised in the 1940s at the formation of the Indonesian nation. You pronounce it like it’s written and write it like it’s pronounced.

Korean and Japanese are very easy to pronounce (if you can read the words), but you do have to get used to some unusually pronounced letters.

The hardest major language to pronounce is Cantonese. Vietnamese is actually more linguistically dense, but at least has a standardised Roman writing system (and a smaller population of speakers).

How easy is the language’s alphabet?

Arabic and Farsi have alphabets — but they write right to left, and don’t write in short vowels, which throws a lot of people for a loop.

Sitting somewhere in the middle, at the ‘somewhat complex’ level are Indian languages, of which there are many, with many scripts. The common languages use syllabic scripts, meaning each major letter usually represents a consonant, with an attached vowel (and sometimes just a standalone vowel/consonant).

The very hardest scripts are those using Hanzi (in Mandarin Chinese)/Kanji (in Japanese), which are all the Chinese languages (which share a common script and written form, but not common verbal expression) and Japanese languages. You can, in theory, learn to read and write Japanese just learning the simpler alphabets, but you’ll end up not being able to fully participate in society. The casual traveller will do fine without kanji.

How complicated is the language’s grammar?

Grammar can by itself make a language very difficult.

Grammar can be hard when there are

It’s rare for grammar to be anything but hard, but it’s nice to have an understanding of what’s coming up.

What are the hardest and easiest languages?

With all that said, we analysed the 25 most spoken languages and put them into a few groups so you can prioritise them.

Cool factor: How awesome would it be to speak this language?

We may be able to motivate ourselves a lot, but many of us benefit from outside motivation. This includes people telling us “Wow, you can speak Cantonese!” as well as native speakers looking at you with awe as you say just a few words in their language.

Roughly the same number of people speak Bengali as do people who speak Swahili. But Swahili is in The Lion King!

Jo’s first reaction to learning Arabic was “Wow, wouldn’t it be cool if some Asian chick could speak Arabic?” Yes, it would (and it is)!

In the exact opposite way, how people ask me “does Arabic have much in common with Farsi?” (It doesn’t, but each one did help me a bit.)

Related to cool factor is the cultural return on investment. People aren’t surprised if anyone can speak French or Spanish. You have to be fairly fluent for someone to be impressed.

On the other hand, when I learned just ten words in an African village’s language while running in Africa, people were much more impressed than when I spoke Swahili. If you’re aiming to please people and make them happy (not a bad goal!) you’d know what to do.

What languages do we want to learn?

Here’s our list. It’s a work in progress. In rough order of the ones we want to know/learn in our lifetime.

Languages we both know:

Languages that one speaks and/or that we’re working on

“Nice to haves” — Depends on what comes up in life

We might add more later. But that’s it… for now. I think it’s enough. 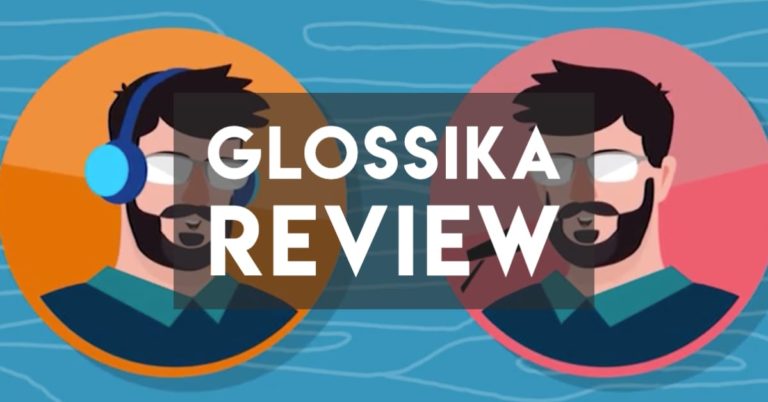 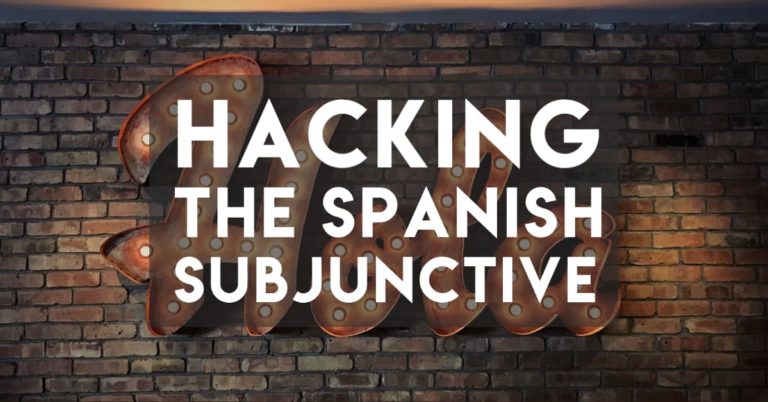 Thank you for the advices I was hesitating about what I should learn next Chinese or French 😫😫 I am an Arabic native speaker and right now I am focusing on Japanese (fluent on speaking) but still can’t read or write that much. If you need any help or practice partner in Arabic don’t hesitate to ask 😄

Wow! Japanese is a huge project, very impressive. We do need Arabic speaking partners, but more importantly we love meeting people, so let’s stay in touch!