This is a Swahili noun class “cheat sheet”, a brief summary of one of the hardest parts of Swahili grammar and how to use them in building sentences.

We built this for ourselves, so are sharing it in case people learning Swahili find it useful. (Here are some reasons why you should consider Swahili!)

Learning Swahili on your own? We prefer to self-study and effectiveness all comes down to the right resources and books. Here are the two resources we would recommend for beginners.

Get our Swahili Learner’s Grammar Guide! — just US $12!

With the help of our favourite teacher, we put together this Swahili learner’s grammar guide. Learn Swahili noun classes, verb conjugation, and sentence structure all explained in simple terms with tons of examples. 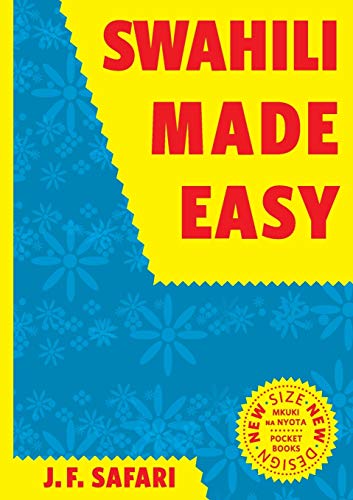 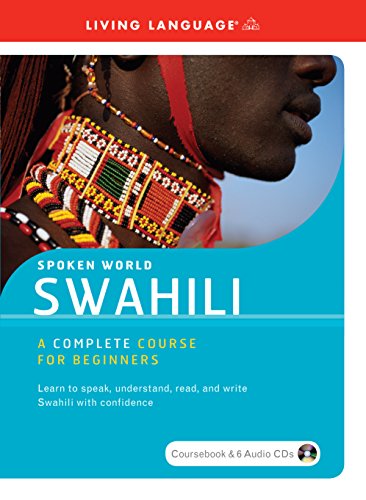 Get weekly insights on language, culture, and self-improvement.

What class does a Swahili noun belong to?

The first column of the table gives example nouns in each class. For example, in the m/wa class, the example is mtu (a person) or watu (people).

But you need to figure out what noun class the word belongs to, to know how to form a sentence. In case you have forgotten, you can sometimes guess.

Here’s a quick guide to figuring out a noun class in Swahili:

Why do you have to learn Swahili noun classes? Because you need them to understand people speaking, and to have a conversation that flows.

Swahili has a lot of rules. Most of these rules revolve around noun classes, which are a bit like grammatical gender in many other languages (more on this below).

Noun classes affect everything in Swahili:

But what is a “noun class”? I found most explanations confusing, so want to explain it in simple terms first.

There are lots of complicated descriptions of noun classes, so this is a simple introduction to noun classes.

In Swahili, it’s not just the adjectives and demonstratives that change, verbs, modifiers and particles in also all change.

For example, look at the few sentences below. I’ve boldfaced the most important parts that change. These are just a few examples.

It’s tempting to ignore noun classes (see the FAQ section below), but I think it’s actually the best place to start. Get it over with, and build a foundation for Swahili, learn to understand people, and then go learning how to use them. It will make your life easier.

Generally, Swahili speakers do not know what a noun class is unless they’re formally educated in Swahili.

For example, Kenyans living in Nairobi are generally educated in English, as English is one of the two “official” languages of Kenya.

Kenyans take a Swahili class in school, and maybe even do a minor in university. If they do study it in university, they’ll be very well-educated in Swahili grammar, and also know most foreigners will have no idea what a noun-class is (so usually will say “Swahili is hard” and give some examples of why).

The above is aside from Kenyans in Mombasa or elsewhere on the Swahili coast, who likely speak Swahili as a mother tongue.

Similarly, Tanzanians who have studied Swahili at a university level will be very familiar with the concept of Swahili noun classes.

However, most Swahili speakers aren’t really clear on why some words and sentences are some ways. They’ll just know “this is how you say this”. It’s like how in French nobody knows what the passé composé is, but every French student does.

Why do you have to learn Swahili noun classes?

The most important reason to learn Swahili noun classes isn’t that you have to use them, it’s because you have to understand other people when they’re speaking Swahili.

You can make yourself understood in Swahili even if you get the noun classes wrong (or ignore them… but don’t!). But even if you do ignore noun classes you have to learn to recognise them and eventually use them.

How many Swahili noun classes are there?

There are different ways of counting noun classes. Some say there are more than eighteen, but you can also just say there are five or six, but split into singular/plural forms.

I personally think this is the easiest way to think about it. E.g. ji/ma is one class, but with a singular and plural form. Thinking this way makes it easy to pair singular with plural forms of words.

Do you need to study noun classes in Swahili or can you ignore them?

It’s tempting to ignore Swahili noun classes like you would ignore genders in German or cases in Russian.

But if you ignore Swahili noun classes, people will be tempted to not speak with you. All the sentences you say will just sound wrong and grate on people’s ears. People will understand you, but it will cause unnecessary friction.

The better approach is to learn sentences, rather than individual words. Use the above table only if you can’t think of which noun class to use.

Pin it for later!

Hi,
thanks for the great cheat sheet. I am just wondering about your “object prefix”. Shouldn´t these be called “subject prefixes” as the subject determines the verb form?
Keep on the great work!
Carsten

Hello and thanks Carsten!

I find grammar technology sometimes confusing as I didn’t grow up with it. Perhaps you did!

You are right in that the subject changes the verb. And so does the object (in the middle of it), as well as the tense marker.

To clarify what I mean

In a sentence like “Ninakupenda”, “ni” is the subject prefix and “ku” is object infix.