This is my answer to the question “How hard is Korean for English speakers?” after three years of learning, including spending time in Korea.

In early 2020 I began learning Korean in earnest. It was originally in preparation for a planned three-month trip to Korea, which happened in late 2022.

I originally wrote this after a few months study, then updated it after a year and now after nearly three years. My level now is “beginner conversational”. My classes are nearly entirely in Korean (other than if I really get stuck), and I do all everyday things (food, market shopping, hobby classes) in Korean. I often don’t understand things, though!

In the process of studying Korean, I’ve learned a lot about the Korean language, especially a bunch of things I didn’t expect (that I wrote a whole article about — things nobody told me about learning Korean).

As planning out how much I’d have to study Korean every day to get conversational I began to wonder was: how hard is Korean, really? Specifically for English speakers, and maybe for someone who already knows Chinese? (Which is me, but is also another ~1.5 billion people.)

The short answer: Korean is not too difficult. In fact, I’d put it as one of the hardest languages I’ve learned. Despite Korean being fairly early to learn how to read, I’d say Korean is quite hard to learn (a 4/5 in difficulty) — harder to get to fluency for an English speaker than French or German, but easier than Chinese or Arabic.

For each of the below aspects — alphabet, grammar, pronunciation and vocabulary — I rate as on a 1-5 point difficulty scale: “Very easy, Pretty easy, Moderate, Kinda hard, Very hard”.

[Read all about how we decide what languages to learn here and see how Egyptian Arabic and Swahili made it to the top of the list!]

Note: I’m still learning Korean, and am roughly at the “Intermediate” stage. Korean was harder than I expected. It’s not a language to learn casually on the side unless you don’t expect to get very far.

“How hard is Korean” overall: 4/5, or “Moderately Difficult”

I’m giving it this rating based on assessing:

What does this rating of “moderately difficult” mean in reality? It means that if you are planning on getting very far in learning Korean in a year or so, an average learner should dedicate around two to four hours a day every day to studying it intensely, with at least a few hours of class time a week, plus homework drills.

How hard the Korean alphabet is: 2/5, “Pretty easy”

Let’s start with the good news… Korean is moderately easy to read (and write, but I’m not focusing on that).

In fact, you could definitely learn to read it in an hour or two, and get good at it with just a few days of practice.

Korean is written in its own alphabet, called Hangul (sometimes written Hangeul). At first blush, if you have no idea how Hangul works, it looks like Chinese — like characters.

On closer inspection, you’ll see far more common traits than Chinese characters have. (Chinese characters share a pool of ~250 “radicals” that make them up, but that’s for another time — see the article on Chinese language facts, if you’re interested.)

Korean is written in little parcels of letters. Each one is a consonant block. They usually are standalone, but some of them are pronounced together, similar to French liaison.

Each consonant block in Korean is made of two to five elements, usually two or three. It’s usually as simple as a consonant and a vowel, or maybe two consonants sandwiching a vowel. These are combined into one consonant element, and then those consonant elements are grouped into words.

There is a discrete number of combinations possible (it’s not infinite), and not that many letters to learn.

Korean is written left to right. The writing system is standardised with few exceptions (a few words are slurred for ease of use, but who’s going to complain about that).

There are a few complications with Korean reading / writing.

Firstly, it’s not entirely phonetic. In modern spoken Korean, there are a few vowels that sound identical, like 에 and 애, both of which have an open “e” sound.

Secondly, sometimes consonants aren’t pronounced, or change in pronunciation depending on the following letters. For example, the word “석류”, if you were to use basic phonetic rules, would be pronounced “seok-lyu”, but you actually have to morph it to “seong-yu”. Luckily there are rules for this, and they’re nearly 100% consistent (just very few rare exceptions).

Finally, there are consonants which to the learner’s ear sound similar. I get tripped up between the multiple K-sounding letters, ㄱ, ㄲ (which is the double, but sometimes hard for me to hear), and ㅋ. Same goes for hearing the difference between ㅂ, ㅃ, and ㅍ.

Those things make reading Korean not as easy as, for example, reading a romanized Korean word. But it’s still a lot easier than Chinese or Japanese!

How to learn reading/writing: An app is a good start for Hangul, like Memrise or Duolingo. (Learning to read is the only thing I like apps for.)

How hard Korean grammar is: 4/5, “Quite hard”, so do lots of drills

I initially thought Korean grammar is not bad. But the devil is in the detail because as I’ve gone on with my study, I’ve learned that Korean grammar is incredibly nuanced. So I’ve upgraded this from 3/5 to 4/5 as I got deepers into study.

To start with, there’s some good news. There are a few things that are easy in Korean grammar. These mean that as a beginner, it’s very easy to get started and make yourself understood without being overwhelmed and worried about errors. These things are:

These simpler aspects of Korean grammar mean it’s easy to get through the beginner stage of Korean. You can express many things without getting stuck in “nuance”, which is the hardest bit of Korean.

On formality levels: a simple way of understanding it is that you change the ending of a verb depending on who you’re speaking to and the tone you want to convey.

The formality ending of a sentence changes depending on

The rules are complicated and quite hard to explain succinctly. Frankly, I learned a lot about formality rules from watching just a few Korean Dramas. There’s always some conversation like “Hey, why are you addressing me so informally? I’m older than you!”. In every single drama. It’s that common.

OK, onto the hardest bit of Korean grammar — Nuance.

I’m still learning this, years into study. Arguably, nuance is hard in every language, but what’s hard in Korean is that you express nuance through subtle particles and conjugations. In many other languages, people express tone through adding extra words, or just through tone of voice / gesticulation.

As a random example, look at these two sentences.

Luckily, there is a finite amount of nuance you can learn, but just remember that this is ahead of you.

How hard Korean pronunciation is: 3/5, “Moderate”

On the one hand, the majority of Korean is easy to pronounce. This is helped by the fact that the writing system is basically entirely phonetic.

Think of pronouncing Korean — mostly — like pronouncing Spanish. The vowels are predictable (even though most are slightly different to what you’re used to), and most consonants are familiar.

However, it’s not a walk in the park. I definitely had a few lessons where my teacher only got me to pronounce words and she made sure I got them (mostly) right!

Things that are easy to pronounce in Korean

One other thing — like in every language, some words are “slurred”, especially those that are in extremely common use. This is actually formalised in pronunciation, too, it’s not just the “slangy” way of speaking. This is easy to learn — it’s for the most common words — and one of the first things you’ll pick up.

I’ve revised this part of this article on “How hard is Korean” after really trying to learn a lot of Korean vocabulary and realising how hard it is!

The vocab is where the rubber hits the road for learning Korean.

For the beginning learner, most words sound unfamiliar. There are almost no words common with English, apart from a few loan words like “computer” or “television”.

If you speak Chinese or Japanese, you have an advantage over your average English speaker. Korean has a lot of loan words from Chinese, and they’re often the same ones that Japanese has.

But the major roadblock to learning Korean words is that so many of them sound so similar to each other. And since there are no characters, it’s harder to build mnemonic building blocks in your mind. I always have a tough time differentiating similar sounding words. The only way, for me, is to learn whole sentences using a tool like Glossika.

Where to learn Korean

The best thing about Korean is that there are so many places you can learn it online. Check out our comprehensive review of the best Korean online resources.

Generally, we recommend avoiding apps and to opt for a teacher and books instead. You’ll just get way further this way. For books, we recommend the Colloquial Korean series. 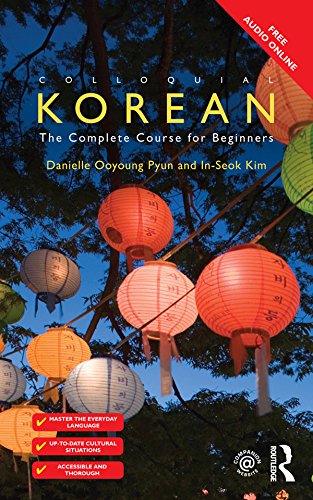 Our favourite source for teachers is italki. Read our full review here, plus the guide on how to use it (and a discount code too). 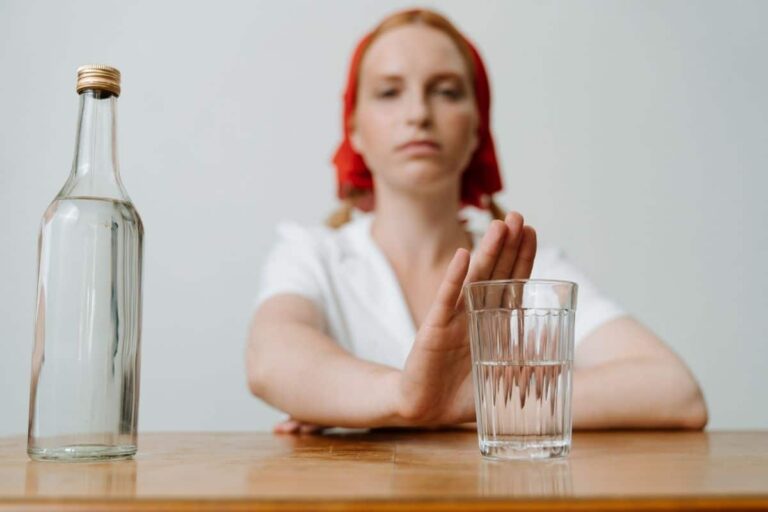 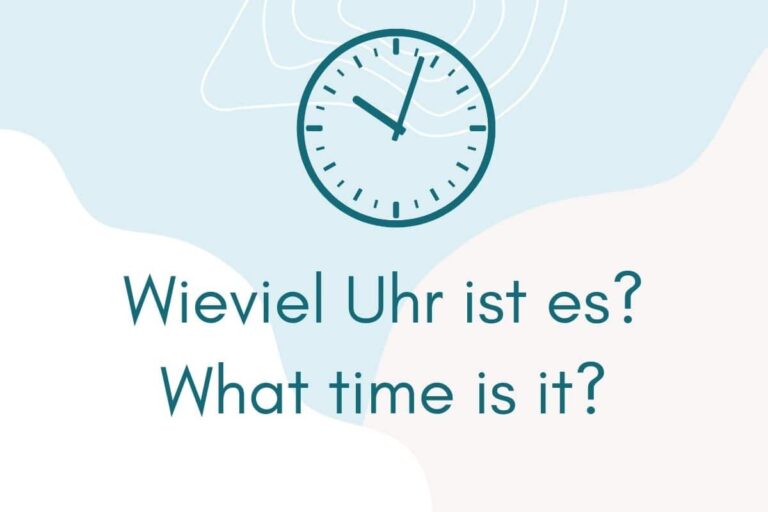 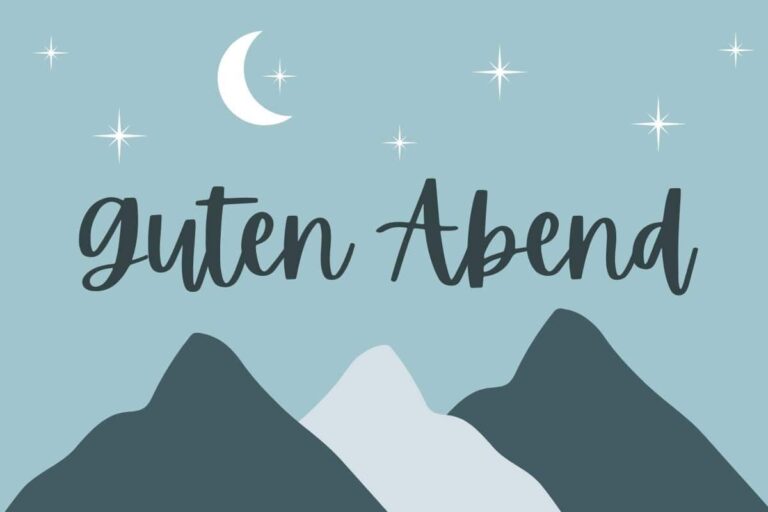 Glossika Spanish review for those who want to try the “Listen and Repeat” method of language learning with Glossika.

Perfectly pitched with the pros and cons. I’ve never learned another language but would like to just for interest at present. Not sure if Korean is for me but as with anything if you don’t try you’ll never find out. You’re very encouraging. Thank you.