Here are over twenty interesting facts about the Chinese language — all kinds of things you either need to know if learning Chinese, even if you didn’t realise it.

I see a lot of misinformation about the Chinese language out there, occasional odd political correctness, and just confusion. I like to help out and explain a little of the mystery behind the Middle Kingdom.

It’s why I wrote a long post about what it means to “be” or to “speak” Chinese.

Quick note — consider the below from the perspective of a fellow Chinese learner sharing what he has learned. I’m good at Chinese — fluent conversationally — but I am not native. I learned a LOT of Chinese while living in Greater China for years, and want to share those hard-won lessons.

Want to learn to speak, read, and write Chinese? These are the resources I’d use today to learn Chinese (Mandarin) from scratch if I were starting again.

Chinese speakers have (at least) FOUR main names for “Mandarin”

These are the following:

So if you ask “Do you speak Chinese” in Chinese, you have to be more precise.

You might hear other terms in other parts of Southeast Asia, too. For example in Singapore, some people may say 华语 (huáyǔ) or 华文 (huáwén).

Chinese speakers use the word in English but are just as likely to just say “Chinese”.

The English word “Mandarin” comes from Sanskrit (मन्त्रिन्, mantrin, “minister”), and originally meant an official of the Ming and Qing empires — and their language.

People from Hong Kong, Singapore, or Malaysia, may mean Mandarin, Cantonese, or another dialect like Hakka or Hokkien or something else. You should clarify!

Check out our article on what it means to speak or be Chinese.

This makes Chinese the most spoken language in the world both as a mother tongue, and combined native+fluent speakers.

The Chinese populations of Malaysia and Singapore also often speak Mandarin, usually having learned it at school (unless they’re migrants).

Formal written Mandarin and Cantonese (like in the news) is almost identical.

The same words and structure are used.

Sometimes a Mandarin speaker can make out formal news Cantonese, with experience, and if you squint your ears…

Colloquial Cantonese, Mandarin, Shanghainese and other dialects are not mutually intelligible at all.

In other words, an only-Mandarin speaker at a party where people are bantering and joking in Shanghainese won’t understand a thing (without guessing and developing an ear for it, anyway).

To know Chinese, you have to know over 2,500 characters.

This is one of the most contentious Chinese language facts! There’s no “official” answer, but the below is a consensus.

To get by in Chinese you need to recognise around 2,500 characters, which is what you learn in the highest level of the HSK, the standard Chinese proficiency test. For a professional vocabulary, add about 1,000 more, depending on your profession.

Most Chinese people don’t know this now. Nor do they know how many characters they know. It’s like asking you “How many words do you know in your language?”

Remember — we don’t learn characters in isolation, as most words are made of two characters.

Mainland China has a literacy rate of over 95%.

This is impressive, considering it’s a developing economy and how hard Chinese is! Literacy in major cities is over 99%, like developed countries in Europe and North America.

Chinese characters are made up of ~250 “radicals”.

These are like building blocks for characters, like a 前 with a 火 under it (and squashed) is a 煎. Radicals sometimes carry hints of meaning and pronunciation that help you remember which character is which — but they don’t have to!

It takes most people one-two years of full-time study to learn Chinese properly.

This is how long it takes to be able to confidently say they can speak Chinese in a variety of work and professional situations, according to a few sources.

Hanzi and Kanji have the same roots. These days, they overlap in meaning, though pronunciation varies a lot (particularly in Japanese).

The overlap is especially obvious in simple characters. For example, the name of Tokyo in Japanese Kanji is 东京, which means “Eastern Capital”. The name of Beijing in Chinese is 北京, which is “Northern Capital”.

However, Japanese underwent a separate simplification process to the Chinese one, which means many common characters look similar, but different.

Chinese characters also overlap in meaning with Korean Hanja (which are used much less and only in slightly formal/official situations).

With both Japanese and Korean, the correspondence with Chinese characters is not 100% 1:1, but you’d get a massive head-start, and closing the gap would be easy.

Pinin is used to teach pronunciation to kids and learners by writing them out in roman lettering. For example “nihao” is written “nǐhǎo”, indicating both syllables have a falling-rising tone.

But Pinyin will never replace characters. The main reason for this is that characters contain so much more information. You’d lose it all if we went to Pinyin!

For example, here are all the characters that I learned in a year of study that are pronounced shì, along with examples of words the characters are used in:

This isn’t just a laundry list — there are actually more in the dictionary (go to MDBG and search for “shi4”). These are all characters in common use.

Could you imagine ditching the characters and writing shì to express all that variation in meaning?

The main accents of Chinese are Northern, Southern, and Taiwanese.

Northern Chinese can be a bit gruff and abbreviated, and has an r sound that’s like a pirate saying “Arrr!”.

No matter which Chinese accent you learn, you’ll learn to understand all three.

Chinese has five tones (well, four plus one).

One of the most famous Chinese language facts is that it’s a tonal language. But people don’t know how many tones there are.

The main tones are rising, flat, falling, falling-rising, and a mysterious neutral tone (sometimes not counted, which is why you may know it as four times).

Every character has a tone but very few characters have more than one acceptable tones. This is similar to in English how one word might have multiple pronunciations, like in the sentence “I feel content about this web content”.

Tones change a Chinese word’s meaning… but it doesn’t make a word hard to understand.

Teachers love to show the classic example of four words with different meanings depending on tone:

But the reality is that people hear words in a whole sentence and kind of blur tones together. In everyday life, people don’t speak like newscasters. So even a person who never learned tones can be understood.

People don’t think in tones — but they know them when asked.

Just as you wouldn’t say “hey WOULD you LIIIIIKE a hamBURger” in random pitches, and just as an Irish person has a different tone to an American, sentences have natural tone flow, and that’s what makes spoken Chinese sound natural or not.

You can get tones wrong and people will get you unless they want an excuse to not talk to you.

Still, people know tones in Mandarin, because they learned them in school.

In Cantonese, people rarely learn tones formally, so they might not know them as well! They’ll just know you sound wrong…

The main greeting you really need is “ni hao” (你好).

Chinese doesn’t have a complex system of greetings, no “how are you”, let alone a “how’s it going” or the complex to-and-fro seen in other languages.

Advanced speakers still just say “ni hao”, then proceed into conversation like “how was your weekend?” and so on.

Chinese has grammar but it’s easier.

People sometimes claim Chinese has “no” grammar. But of course it does — there’s usually a right and wrong way of saying things.

Chinese grammar lacks many features that make other languages hard. For example, in Chinese:

Yes, every character has meaning.

Words relate to each other by sharing characters. You can chain them together in a drinking game.

For example, looking around my living room for inspiration, I see a television. Television is 电视. Then 视频 is “video”, 频道 is “frequency”, 道路 is “road”, 路由器 is “router”, and so on.

Spot the differences if you want. Come on guys, finish the job!

It’s like abbreviating in English — if you hear someone say “what’s on the telly”, you might guess they mean “television”.

But if I ask you if you want a bowl of “crankenheisenricekracht” you’d be hard-pressed to know I mean “rice”.

Colloquial Cantonese has some special characters of its own.

Even though there’s only one “standard” written Chinese, colloquial Cantonese and Mandarin are different. These Cantonese-only characters aren’t used in Mandarin or are hardly used and almost obsolete.

For example, two common Cantonese-only characters re 係, hai, “to be” (hardly used in Mandarin), and 冇, mau, “to not have” (not in Mandarin at all).

You already know one Chinese proverb.

Chinese is rich in proverbs. People use many in daily conversation. So much that you already know one: “Long time no see”, a literal translation of 好久不见 (hao jiu bu jian).

If you want to learn some more… here are more Chinese proverbs!

The five languages (and language groups) that call a potato an “earth apple”. And Chinese, the “Earth Bean”. 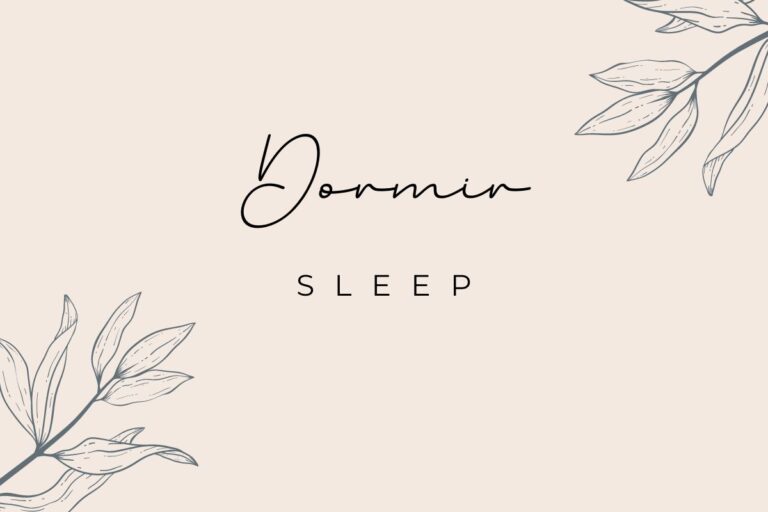 This was great! Makes me feel even better and more excited about continuing the hard, but rewarding, trek through Chinese.

It’s the best. Would love to hear how you’re progressing if you want to drop us a line privately.