Here’s our guide to resources, books, and online courses to learn Modern Standard Arabic, as well as notes on what you shouldn’t waste your time on.

We learned to speak Egyptian Arabic for one reason: to communicate with everyday people. We’re still convinced that learning a spoken dialect is the best first step for those who want to communicate, but that doesn’t mean that learning Modern Standard Arabic (MSA) is a bad idea.

It depends entirely on your goals. You should learn MSA if your goals are long-term and focused on mastering Arabic comprehensively. If your goals are short-term, to communicate, you should just learn dialects.

But we have also learned many reasons why learning Modern Standard Arabic (“MSA”) is useful and probably the best second step to take after a dialect.

Disclosure: Some of the links in this article earn us a referral commission.

A lot of people just starting out can’t really fathom the difference between the kinds of Arabic. It all seems so foreign! Analogies with other languages (e.g. Latin-derived languages vs. Latin) are never perfect. So I’ll try to explain the differences in as simply as I can.

There are broadly three levels of Arabic:

Let’s put Classical Arabic to one side. It’s great if you want to learn that and study the Qu’ran, but it’s super technical and you had better get a very educated tutor! Studying that is outside the scope of what I’ll cover here.

Then there’s “Modern Standard Arabic” (MSA), whose technical name in Arabic is الفصحى, or al-fusHa.

MSA is the standardised, universal and technically correct form of Arabic derived from classical Arabic. It’s used in newscasts, international politics and formal presentations, and is absolutely never used colloquially.

In other words, if you ever switch on Al Jazeera and see a news presenter speaking in Arabic, chances are it’s MSA. If you ever see a foreign leader presenting at the UN, it’s likely MSA. Printed newspapers are written in MSA, though local magazines may be written in a more dialectic form.

But if you walk into a bakery and start asking for bread in MSA, you’ll get a blank stare. And maybe bread (that’s the same word, at least).

It would be a bit like saying in English “Well good morrow, my dear whatsit! I should very much like a morsel of baked goods.” If you walk around talking like this, don’t expect to be invited to any parties, unless it’s the Queen of Jordan’s.

Some scholars or language learners say we should learn MSA first as a foundation, but just as many others say you don’t have to. So what’s the deal?

Studying Modern Standard Arabic has its advantages, and let’s go through them.

For example, negative forms are harder in spoken Egyptian Arabic than they are in MSA.

Firstly, if you learn MSA, you’ll be able to understand official announcements in airports and on streets.

If you understand Modern Standard Arabic, you’ll be able to know what they’re saying in planes (spoiler, it’s “we are soon arriving at xyz airport, please wait until we arrive at the terminal and turn off the fasten seat-belt signs to stand up” — you’re welcome) and airports (you’re late! stop looking up signs in Google Translate!).

Secondly, if you know MSA you’ll also be able to understand the Arabic news (if you study really hard). This gives you a convenient and unlimited way to keep your practice up. Plus, you’ll generally be up to date.

Thirdly, knowing MSA will be useful if you are a diplomat (including a junior one) or business development person who regularly meets officials and senior government people. In these cases speaking MSA will serve you very well. Being polite and formal is never a bad thing.

Fourthly, MSA is a great foundation for any Arabic dialect. You’ll learn the dialects quickly. Once you know one, you’ll have more cross-dialect fluency, because MSA vocabulary overlaps with all dialects.

Knowing more than one dialect of Arabic is like knowing multiple Latin-based languages. Most everyday words and expressions look totally different. The way you say “Hey come here and try this food” sounds totally different between Spanish and French.

But when you are talking about complicated things like politics, economics, or current events, you’ll find that most of the words are (basically) the same.

It sounds like I’m making a strong case to study MSA! I am — but for most people, as a second Arabic language.

Studying a spoken Arabic dialect instead of standard Arabic has multiple advantages. Spoken Arabic is way easier structurally*, more natural to use in everyday situations, doesn’t oblige you to learn a whole bunch of difficult technical rules, and has lots of media for you to consume to reinforce it (like TV shows and music).

* Occasionally it’s harder. I find the negative forms in Egyptian Arabic to be harder than those in MSA.

One main reason to not learn Modern Standard Arabic: Don’t learn MSA if your goal is to communicate with everyday people. MSA is not your ideal vehicle to make friends, order food, or shoot the breeze.

Quite often I see people on Reddit asking “is MSA actually used to communicate?” or “is MSA useful for everyday life in the Arab world?” and my answer to these is, sadly, no.

In a few rare situations, people have spoken to me in MSA, when they thought I was an Arab visitor from some other country. In every one of those situations, Egyptian Arabic or English was more useful for me. MSA might have been if I had better command of it.

Recently, in Jordan, a taxi driver spoke to me in MSA. I replied in Egyptian. In France and Spain, I met Arabs of Moroccan and Lebanese backgrounds, and they spoke Egyptian to me rather than MSA because they are like chameleon ninjas (they can fudge through it because they have seen Egyptian soaps and can “fake” the dialect).

And the one time I met an Egyptian (in Paris, where there are a bunch) — you should have seen his face light up when I spoke to him in Egyptian Arabic. He grinned and said “You went to Egypt to learn Arabic? Really?” You don’t get that emotional impact unless you’re speaking someone’s mother tongue!

There are many dialects of Arabic you could learn to speak, and it would make sense to learn the one of the place in which you plan on spending the most time. But if you have free choice, learn Egyptian.

The funny thing is, even though Modern Standard Arabic is the master common form of Arabic, there are relatively few good online resources for learning it! I think the general consensus is that you should study it in university, either full-time or in a summer program. Those are too expensive for us, and so I presume for most people who aren’t students on loan/scholarship programs.

But that doesn’t have to be the case. You can definitely teach yourself a lot. Poking around the internet in my quest to learn/improve my MSA, this is what I’ve found. 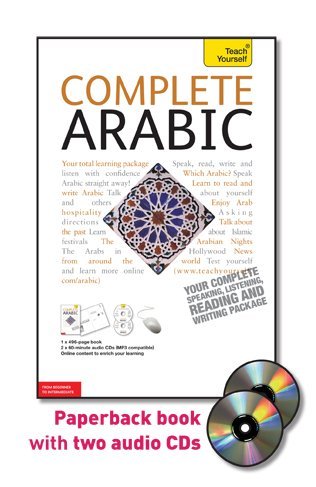 I personally used an ancient version of this book and audio CDs back in the year 2000s, and I still think it’s the best resource for the self-learner.

There are definitely many more professional books for Modern Standard Arabic. But the “Teach Yourself” book is really well-balanced for a few reasons.

I’d still recommend “Complete Arabic”. One caveat — it’s only available in printed form, and I don’t know of any format other than in book/CD! In this age, I’d really like to see it as an electronic textbook but it seems we’re not quite there yet… 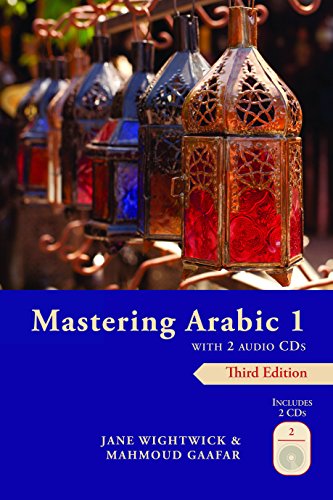 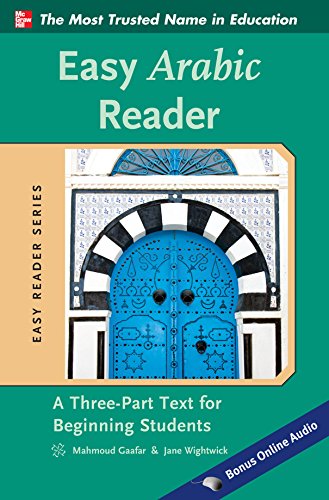 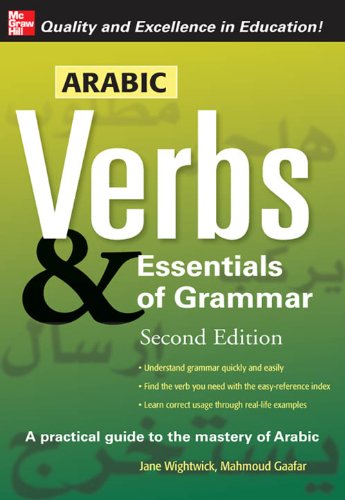 This recommendation comes from Matthew Aldrich of Lingualism, who is quite an authority on Arabic learning (and also Russian!) and also just a very helpful person.

He recommends any books by Mahmoud Gaafar and Jane Wightwick, including Mastering Arabic, Arabic Verbs and Essentials of Grammar, and the Easy Arabic Reader (if you’re feeling confident).

Like the BBC does with English and RFI does with French, Al Jazeera has taken upon itself the task of teaching Arabic to people to broaden its audience. And they have a lot of great free lessons!

There are lots of thematic conversations with video/audio, full transcription, and explanation. There’s a LOT you can learn here.

This is another free website that is broken into sections covering grammar, vocabulary, reading/writing, and a bunch of other subtopics. It’s quite rich in detail.

To access some parts of the website you have to provide your email address. But I haven’t seen any costs aside from that.

Madinah Arabic is a decent set of free online lessons covering the grammar of Modern Standard Arabic. As such it’s not terribly engaging, but it’s a good reference if you want to look up a nice explanation of something like plurals or possession.

There are two separate courses, one in reading Arabic, and one in understanding Arabic grammar. Unfortunately, there’s no audio in either section, so you should feel comfortable with pronouncing Arabic already.

This is great not just for MSA, but for a bunch of Arabic dialects. A very helpful person has put together publicly available videos of people speaking Arabic, and included subtitles in the dialect, MSA, and English. Seriously, how awesome are people?

It’s also good for other dialects — in fact there’s more content for Egyptian and Levantine Arabic in there.

This is the authoritative Arabic-English dictionary — but there’s no digital version.

I have a physical copy in my home (sadly, too big to travel with) and it’s one of my prized resources, bought decades ago.

Online, you can flick through that website, but it’s just a taste of what you can find in the real book.

Duolingo Arabic is still a work-in-progress a year after its release. It’s possible they’ll totally revamp it, but the pace has been slow.

Online resources we did not use

There are a few courses we found, and that anyone would found, that we’d find it hard to recommend. These include 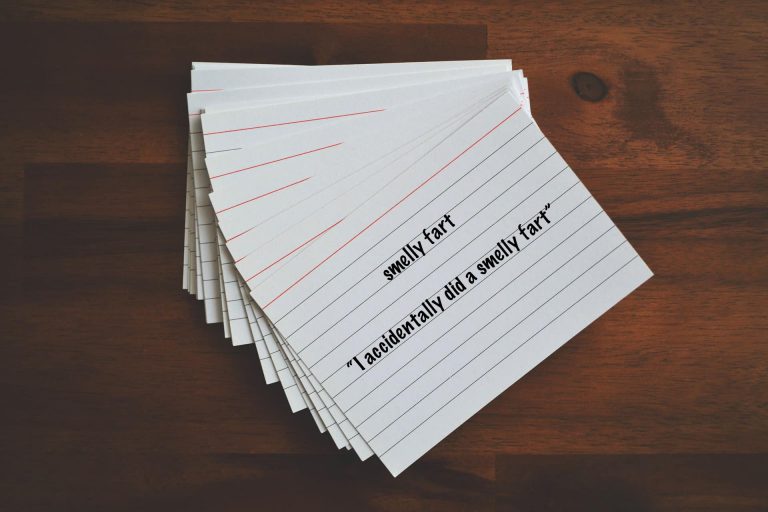 Thankyou for these resources. May I add that Hans Wehr is available as searchable pdf form for students, and also as online search tool on ejtaal.net. If you would like the links shared please let me know!