As part of our goal to learn Arabic in two months (well, as much as possible), I thought I’d answer a few questions about why learn Egyptian Arabic over other dialects, like Levantine, Gulf, and Maghrebi Arabic, and over Modern Standard Arabic. It’s a question we put a lot of research into.

Firstly, it’s really hard to pick just one dialect of Arabic. As you immerse yourself into the Arabic-speaking world, you’ll quickly encounter reasons to learn other ones — Friends you meet, TV shows you’ll want to watch, or music you listen to. So as you go along, you’ll definitely pick up bits of other dialects.

So take all this with a grain of salt. The short answer is that if you’re going to learn a dialect, then learn either Egyptian or Levantine unless you have some special connection to another dialect. You are unlikely to regret either decision, and it’s not really either/or as there is a lot of overlap.

Want more great articles about Arabic and Middle Eastern culture, African culture and languages, and more in your inbox? Sign up to our email list to get notified of new posts.

Why are you learning a language? Everyone has different reasons, and your reasons will tell you what you need to learn.

If you like to feel like a local, speak to everyday people and generally feel at one with an Arabic-speaking country, you need to learn a dialect like Egyptian Arabic.

Basically, this is everyday life.

There’s one excellent reason you should speak a dialect: it’s basically the only way to connect with people verbally.

When people meet you and you tell them you speak their language, they’ll say “hello” or “how are you”.

There’s already a notable difference between the way you greet people in colloquial Arabic and in MSA. If you use local colloquialisms, you get a smile (as we often do, even post-Egypt), and praise from the person you’re speaking to.

If you’re a quiet person who prefers to read and have academic conversations about deep topics, and perhaps never intend to live in an Arabic-speaking country but instead analyse the literature from far away, then you’ll really benefit from not learning a dialect, and learning Modern Standard Arabic (MSA).

Newspapers, books, journals and the media are all in MSA, not in dialect form.

You can have a deep conversation in a dialect, but at the high-end academic level, knowing Standard Arabic will let you understand and discuss later.

What’s “Egyptian Arabic”? How is it different to “Modern Standard Arabic”?

Unfortunately, learning Arabic isn’t as simple as learning one language. Oh, you thought that by learning “Arabic” you’d be able to speak to anyone in the Arab world? Not quite.

Standard Arabic is known as “Modern Standard Arabic” or MSA in English. Its technical name in Arabic is الفصحى, or al-fusHa. MSA is the standardised, universal and technically correct form of Arabic derived from classical Arabic (used in the Qur’an). MSA is used in newscasts, international politics and formal presentations, and is absolutely never used colloquially.

In other words, if you ever switch on Al Jazeera and see them speaking in Arabic, chances are it’s Modern Standard Arabic (MSA). If you ever see a foreign leader presenting at the UN, it’s likely MSA. Printed newspapers are written in MSA, though local magazines may be written in a more dialectic form.

Some scholars say we should learn standard Arabic first as a foundation, but just as many others say you don’t have to. It depends on your goals. Roughly speaking, you should learn MSA if your goals are long-term and focused on mastering Arabic. If your goals are short-term, you can start with a dialect.

Studying spoken Arabic instead of standard Arabic has multiple advantages. It’s way easier structurally, more natural to use in everyday situations and doesn’t oblige you to learn a whole bunch of difficult technical rules.

Why learn Egyptian Arabic and not one of the other dialects?

To round this out: why learn to speak Egyptian Arabic? Seems there’s a lot of choice out there.

There’s no “prestigious” dialect (like an equivalent of English Received Pronunciation) other than Modern Standard Arabic. Sometimes, speakers will code-switch to MSA just to show off. So a decision isn’t simple.

If you want to learn Arabic and don’t care what dialect you’re going to learn, we definitely suggest learning Egyptian Arabic.

But if you’re already somewhere else (like, you’re in Iraq), then learn what’s around you, of course.

Egypt has been the biggest TV and film-producing powerhouse of the Middle East for decades. Even though the so-called “golden age” of Egyptian media is over, they still churn out dramas and comedies in film and TV form and are one of the biggest producers of Arab music.

Egypt plays a similar role to Korea in Asia, with their hugely influential Korean drama and K-pop, or Argentina and Mexico in Latin America, with their widely recognized telenovelas. The impact of Egyptian media is that everyone in the Middle East can understand Egyptian Arabic, and sometimes can even imitate it back.

Again, Levantine Arabic is a close second in this. There are lots of cool TV shows and there’s lots of music to come out of the Levant region, particularly Lebanon and Beirut.

Reason 2 to learn Egyptian Arabic: Egypt is cheap and fun to live in.

The Egyptian Pound has plummeted since 2011, and it means that getting an hostel room or AirBnB in the middle of Cairo will only cost you $10-20 a night. That’s almost unbeatable in most of the Arab world. Your average meal will cost you US$2-3. Basically, without even trying, you can keep total living expenses to well under US$1,000 a month.

There are lots of fun things to do in Egypt, from visiting the ancient relics, to diving in the Red Sea, to hiking through the Sinai desert, to enjoying the beauty of the Siwa Oasis. Egyptian Arabic gives you access to all of that.

While the countries that speak Levantine Arabic are pretty cool, apart from Jordan, they’re in a bit of turmoil right now. Lebanon’s economy is in crisis, and Syria has tragically become very dangerous. That means that Levantine Arabic gets you access to Jordan, to the Palestinian territories, and to Lebanon if you want to brave it.

Reason 3 to learn Egyptian Arabic: Mutual intelligibility with a cool part of the world.

Egypt has enough mutual intelligibility to cover most of the Eastern region, including Jordan, Iraq, Syria, Lebanon and Israel. If you speak Egyptian Arabic and travel to those countries, you’ll be understood without having to modify too much.

So learning Egyptian Arabic lets you travel to a part of the world with very rich culture and an ancient history, spanning multiple civilizations, major religions and many, many wars (some, unfortunately, still ongoing).

If you learned Egyptian Arabic you might struggle a little to understand and be understood in North Africa (Tunisia, Algeria and Morocco), but you’ll have a good foundation.

In case you’ve forgotten, Egypt is awesome by itself, and offers a little  of so many things. There are the Pyramids of Giza, for starters. The beauty of the Sinai Peninsula, where we ended up for a few weeks hanging out with Bedouin. The chaos of the big city, something everyone should experience just to understand more of the world.

And knowing Egyptian Arabic gives you instant access to 50 million+ speakers all over the country. Even before you add in the 300 million+ other Arabic speakers, this is a decent number of people.

Check out our gallery of our most memorable photos from Egypt.

Do you need to learn to read and write Arabic, if you’re learning a dialect like Egyptian?

Definitely learn to read and write Arabic even if you only are learning a dialect. I mean, at least learn to read Arabic, and then be able to figure out if your Google Translate is correct.

For the casual traveller, you occasionally might have to write if you have to send a message to your landlord (because surprise, your actual contact person is the cousin of the person who owns the property). In cases like this, you are fine to translate online, but then you just want to make sure the translation makes sense.

A common misconception is that dialects don’t exist in written form. This is definitely untrue for Egyptian Arabic. It’s seen in menus, in emails and texts, on social media and in more places. You can find written Egyptian Arabic everywhere. It’s just not standardised like MSA is.

Even if you’re learning the Egyptian dialect, you need to learn to read for a whole bunch of reasons:

What other dialects of Arabic are there?

There’s lots of ways of slicing it up. This is just an overview – we’ve put together a whole other guide to the dialects of Arabic here.

The groups that I think make most sense (and which are commonly used) are:

Check out our guide on the dialects of Arabic. 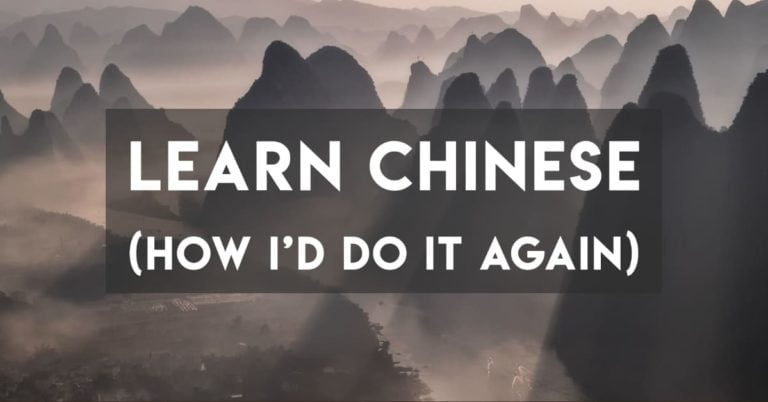