A master 90-day plan to learn Arabic quickly and get to spoken conversation — for dialects of Arabic including Egyptian Arabic and Levantine Arabic.

In 2019 we went to Egypt with one goal: to learn Arabic as quickly as possible.

We got there, getting conversational in Egyptian Arabic within 60 days. I had a small head-start, what I’d consider about 30 days worth. You can see videos of us speaking Arabic here.

That said, Arabic is not a journey you can complete very quickly if you want to do it well. Mastering Arabic can be a lifelong journey.

And I don’t want to trivialise investing in learning Arabic. In fact, I had half a mind to write this as “how to learn Arabic in ten years”!

But you don’t have to wait ten years to have your first conversations. In fact, most learners (I want to say “any” — but we all have different challenges) can get to 15-minute conversations within a few months, and then layer on the complexity from there.

We have more Arabic plans ahead of us, including learning Modern Standard Arabic, and also living in Beirut, where we want to learn Eastern Arabic.

We’re language learners, not academics — but as such, we think we have something unique to share, the perspective of people who researched, tested, and now are happy to share!

So here’s the approach we’d suggest any newbie should take to get to conversation fast — and a rough blueprint of what we’d do if we were to learn Arabic again.

Like this guide? We write weekly deep-dives into language, culture, and distant destinations. Stuff like this article. Join our email list and we’ll send you the best of the best.

How to Learn Arabic Quickly — A Summary

Here’s what we suggest you do to learn Arabic quickly (it’s what we’d do again). This assumes you have around four hours a day to study the language, including a couple of rest days.

After three months, you should be at least able to have a few minutes of free-ranging conversation with anyone you meet and be roughly at A2 level.

Step 1: Learn “About” Arabic (and choose one kind)

The first thing to do is to start learning about what you’re about to learn!

Learning any language is very daunting until you get your head around all the things you’re going to have to learn, with a mental map of what’s to come.

Here are a few things you should know

There are two main questions here.

Firstly, probably the elephant in the room is: How long will it take you to learn Arabic?

Well, it depends on how hard you study, for how long, how good you are at learning Arabic, and what your goals are.

For more regular adults who put a few hours into it a day — you can have free-ranging conversations within a few months, and a vocabulary of about 1000 words that you know really well.

That was our experience when we learned Arabic. It took me the equivalent of 3-4 months to learn intermediate spoken Arabic and to be able to talk about my life and generally exist in Arabic in Egypt.

But if you want to master MSA — generally, people on Reddit think it will take you about 2-3 years to reach “competency”.

Which brings us to the second question: Which kind of Arabic should you learn?

In a nutshell, we recommend you learn a dialect, and that dialect be Egyptian Arabic. Read more about why we think Egyptian Arabic is the best choice here.

We have no specific agenda here, we just want to make sure you get the most out of a language you possibly can.

Since (from our perspective) languages are for communication and making connections with other cultures, a dialect of Arabic is much more useful than the academic kind.

Of course, if you’re interested in Islam or in becoming a news reporter, then, by all means, learn Modern Standard Arabic. We just don’t recommend it as your first Arabic foray. But for your second — sure, go nuts!

Learning Arabic is much easier if you’ve managed to learn the writing system, so that’s what you have to do next — learn to read (and write a little).

Here’s a very brief intro into the Arabic writing system:

The Arabic writing system isn’t hard to learn. It’s super fun to write in another language. I recommend you learn it!

There are a lot of websites and apps that teach the Arabic alphabet. I honestly got overwhelmed when I went looking.

The next step is to figure out how to pronounce Arabic.

You know the letters, and you have a vague feeling of how they should sound, but you need to get it right for people to know what you’re saying.

You may know already that Arabic is full of hard, throaty sounds. That’s true, in theory. If someone is yelling at you in Arabic, it will sound scary.

But that’s not a good benchmark — it’s scary to be yelled at in any language!

For a feeling for what Egyptian Arabic actually sounds like, for example, look at a scene from a popular TV drama we enjoyed watching, “Secret of the Nile” (available on Netflix):

This is because in spoken Arabic dialects, many of the harder sounds are softened or even omitted.

For an idea of what Arabic sounds like in different dialects, check out our post comparing Arabic dialects (particularly the audio part), which heavily references some work done by our talented friend Matthew Aldrich.

English-speakers (who don’t speak another language, especially) have trouble with the following letters in Arabic

This 20-minute video from ArabicPod101 is a good introduction to the hardest letters in Arabic:

While you’re learning to pronounce Arabic, learn some basic phrases too.

It’ll naturally happen at the same time. For example, if you learn the expression for good morning, “صباح الخير”, you’ll learn three difficult letters to pronounce: ص ,ح, and خ.

There’s no way you can learn Arabic quickly without getting some grammar behind you.

How hard Arabic grammar is for you depends on whether you chose to learn a dialect or Modern Standard Arabic. I hope you’re learning a dialect first! But each to their own…

For the sake of clarity let’s focus on spoken Arabic. For beginners, there are a few things to grasp in spoken Arabic grammar that are unusual and not seen in any other language (other than Hebrew, which shares some aspects with Arabic).

But consider these phrases. They all use the words kitaab (book) and kbiir (big).

Learning these takes some time, but it’s a foundational part of the Arabic language. Learn it well!

The second part of Arabic grammar to learn is the way verbs are conjugated and attached to subjects and objects.

Arabic works with verb “roots”. If you study Modern Standard Arabic, they get very technical about how you can manipulate roots to have any meaning.

But in practice, in spoken Arabic, you learn words separately. They might be related to other words but that’s just a curious fact to help you learn them, not a grammatical rule you have to learn.

For example, take the verb root حبّ (Habb, to love).

First, you learn to conjugate this in the first person present tense. baHibb, bitHibb, biHibb and so on. Then you learn the past tense: Habbayt, Habbayna, and so on.

Now you’ll learn at some point that this word is related to other words, like محبّة (maHabbah, affection), محبوب (maHbub, cherished/popular), and so on. If you were learning classical Arabic, you’d learn how to derive those words yourselves. But when learning a dialect, you learn them separately.

For a good introduction to Arabic Grammar I’d recommend the Routledge book on Colloquial Arabic of Egypt, or Levantine Arabic. See more resources suggestions in the Resources section below.

You might have already started to gather a few resources to learn Arabic, but it’s time to finally get them here.

What resources you use depends heavily on what branch of Arabic you’re learning. Here are our resource guides for Egyptian, Levantine, and Modern Standard Arabic.

In each of these resource guides you’ll find

Step 5: Teach yourself a working vocabulary of about 500 words/phrases

Yeah, you heard me, teach yourself!

You’re going to get a tutor (trust me, we love them), but we kind of hate letting a tutor teach us basic things like verb conjugation and noun/adjective agreement.

Why? Partly because in our experience, tutors are rarely good at explaining highly technical things, and almost never can do it as well as an expert author who has spent decades teaching Arabic.

Nine out of ten online tutors are basically experienced conversation partners. They may have found a few tricks in explaining a few things well. Experienced teachers at universities or summer programs can explain well too, but that’s a level above most teachers you find online.

But I can almost guarantee that the books mentioned in those resource guides will explain things like conjugating verbs in Arabic better than most teachers can — especially over Skype.

The way you teach yourself a working vocabulary is by teaching yourself the most important words and phrases for your everyday life.

It’s way more efficient to teach these to yourself than to laboriously listen to a teacher tell you words.

Once you’ve done that and you feel vaguely confident…

Get an Arabic teacher and start talking

This is the final step. Get an online teacher on italki and start talking!

The reason this is the last step is that this is the first step of a very long journey ahead. Arabic is hard.

But once you’re at the point where you can learn from a teacher and gradually build out your vocabulary and increase your fluency, you’re on the last — long — leg of the journey.

Arabic teachers are cheap, starting at $5-10/hour for seriously very good teachers. This is partly because the dollar goes a lot further in Arabic-speaking countries. Look at our recommended teachers for Egyptian Arabic, for example. They were all great!

There’s a dark art to finding a good teacher, but in a nutshell, don’t be afraid to try several teachers and see who sticks. A good teacher is a bit like a friend — conversation should flow freely. They should correct you, but not too much that you feel bad about yourself. You should look forward to every class, not be terrified of running out of things to say, speaking badly, or anything else. They give you homework.

All of this is on our guide to finding a good language teacher on italki.

That’s everything we know about learning Arabic. I hope this has been useful — if you have any comments or questions, ask us any time. 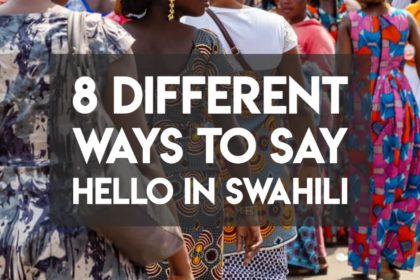 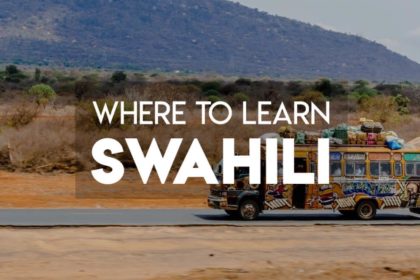 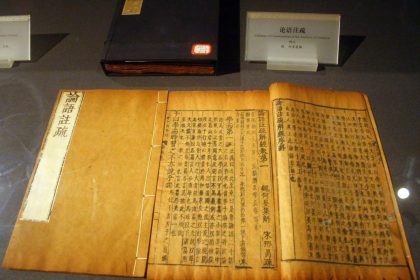 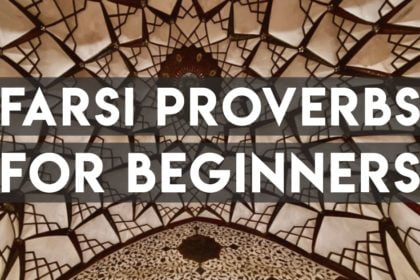 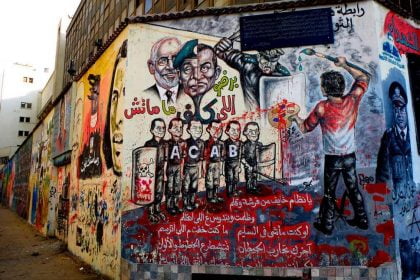 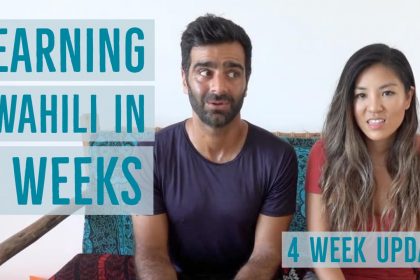 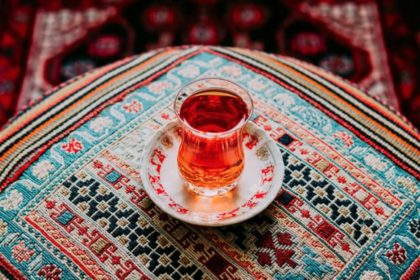 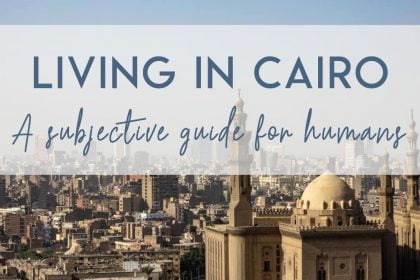