This is an account of my project to improve my spoken hebrew by learning ten sentences of Hebrew a day while doing a project in Tel-Aviv.

Why Hebrew? Because I find it kind of fun, I like Tel-Avivians (who are a different breed to the rest of the country), and they seem to like me.

I like languages as a tool to bridge gaps between countries and cultures that misunderstand each other and tend to point fingers and blame. The languages I choose to learn are often seen as “political”, inevitably — Arabic, Chinese, and now Hebrew.

So for a month while working in Tel Aviv, one of the few cities where I can disappear, I worked on my Hebrew and distance running around work (preparing for Kenya).

During that month I took my Hebrew from a few sentences to a functional level by learning ten sentences a day. And this is how it went! (I have a video below).

Where did I get my daily Hebrew sentences?

I sometimes use Google Translate or asking friends to learn Hebrew. But the below two were sources I frequently got sentence inspiration from:

2. A book — I’ve tried a lot of language learning books, and I keep coming back to the Routledge Colloquial series, including Colloquial Hebrew. It’s just the BEST self-instruction Hebrew book around. It’s not free, but it’s VERY cheap considering what it gives you.

I got half my sentences from a sentence bank called Glossika, which teaches you thousands of naturally-spoken sentences in 60 languages. It costs $24.99 a month and you can trial it free here. (Pro tip: If you ask nicely, they may extend your trial!)

I’ve tried a lot of language learning books, and I keep coming back to the Routledge Colloquial series, including Colloquial Hebrew. It’s just the BEST self-instruction Hebrew book around. It’s not free, but it’s VERY cheap considering what it gives you.

Why did I want to learn Hebrew, and how much did I speak?

My baseline: In the beginning, I knew a bit of Hebrew, including the numbers, a few fruits, some greetings, and the phrase “I don’t speak Hebrew very well”.

Twenty years prior, I had spent some time volunteering in Israel (I was once religious and no longer am). I had casually tried to learn Hebrew by asking my colleagues to teach me words and phrases, but I wasn’t too interested at the time — I didn’t see it as an “important” language. I’ve grown and changed this way of thinking over time.

Since then, I had always wanted to learn more Hebrew, for the following reasons:

In the Israeli/Palestinian/Middle Eastern region, I’m many “others”.

There’s no sanctuary in being brown. So whatever I can do to bridge the gap, the better for me, and for the world to know: we “others” are potentially OK.

So, knowing I’d be busy with the consulting project, I decided to put an 80-20 approach to learning Hebrew to test: learning 10 sentences a day, time-boxing to spend an hour a day at most. Here’s how it went.

Video of me speaking Hebrew after Thirty Days

Here’s me giving a brief speech in Hebrew.

Here’s what some friends of mine say about my Hebrew level:

My own assessment: The dialogue in the video is not perfect and has errors, and I can’t pronounce the r sound, making it sound French. But I don’t care! It gets the message across fine.

When speaking to people, sometimes I throw in an English word but in a Hebrew accent. This is a pretty good way of filling in blanks.

I feel a lot more comfortable listening to everyday Hebrew than I did when I arrived. I can pick up a lot, sometimes the entire thread of a conversation, and can respond in broken Hebrew or English. When I arrived it was mostly incomprehensible to me.

In casual situations, like chit-chat in a market (where someone couldn’t believe I knew what fresh almonds are, as apparently you can only get them in Jerusalem… not true), I can get by and pass as someone who speaks. I sometimes panic mildly, wondering when I’ll lose the thread and the jig will be up.

If speaking to an only Hebrew speaker I can get by in a slightly complex situation if we’re both motivated. This happens more often outside tourist areas of Israel than you’d think.

What I Did To Get Here

Again, I’m not fluent. I’m just at a functional level.

My main commitment was to learn ten sentences of Hebrew a day, logging words and sentences in my 80-20 vocab list and video myself saying them.

I time-boxed this to one hour. In a world of limited time, I find time-boxing more rewarding than setting numerical goals.

Learning ten sentences could mean learning all the words necessary, more than 20 sometimes. But sometimes it was far fewer if I were using words I already knew but in different ways.

I also focused on everyday words, and de-prioritised writing Hebrew. Hebrew is fairly hard to read and write: some consonants do double-duty and many vowels are silent. I just learned enough to make sure I could double-check my voice-to-text was accurate.

All in, in a month, I learned about 350 sentences and about 700 words. Some are verbs and can be used in lots of different ways. I didn’t learn all of them perfectly… Some words just don’t stick. (I seem to never remember the word for “nuts” which is annoying because I often want to buy nuts. I end up just buying the ones I can say, like almonds and pistachios.)

To make me learn to say them fluently, I’d write out the transliteration, mouth them a few times and then record myself saying them out loud every day. Then I shared these videos with Jo. This part was crucial to make myself do it, as it held me accountable to her and to myself.

I’d also just practise variations in conjugations in one sentence. If I learned a verb one way, I’d learn it all the ways. For example, if I learned how to say “I ate an apple” I’d also learn to say “what did you eat?” And “do you want an apple?”

The tools I used were the ones I mentioned in my guide to essential tools for learning spoken Hebrew: a simple “Teach Yourself”-style text, the TeachMeHebrew website, Glossika, Bing translator and Google sheets.

If you want to try out Glossika, check out our guide to getting the most out of it, “The Only Language Learning App You Need“.

What I Learned for Next Time

I’ll definitely use this approach of “several sentences a day” again. In fact, for some long-term learning, I’m doing a “one sentence a day” method — focusing on the cumulative effect rather than rushing myself.

I cemented words in my brain by listening, trying to express myself, then going away and learning sentences and words for next time. I could visualise specific situations. Being able to connect sentences with everyday life was invaluable and is something I’m continuing to do.

I learned that audio is critical. I really liked hearing myself speak — it helped me me believe that I could speak, and gave me confidence to speak out loud in front of others.

Another thing that helped a lot was constantly being around Hebrew dialogue. People at the place I was doing a contract were always discussing things, and the conversations were never complicated. So I had a rich source of listening material, and sentences to add to my list.

For example, I was talking to someone at work once and he said a word I didn’t know, asking me “siyamta?”. I felt like it meant “Did you finish (work)?” So I said yes. I had to go look it up later to confirm. Now whenever using the verb “to finish”, I think of him and his friendly face.

How does this help us? It means we have to go to public places to learn. This puts the focus more on social activities, work, and study.

I have to emphasise: getting a teacher comes first. I didn’t get one, because I had a lot of other priorities. This focus on sentences and recording them is just a way of forcing you to solidify what you learn.

A few things to improve on next time:

We applied these lessons in learning Swahili and it went pretty well. Check out that series if you’re interested.

A Quick Personal Note: Why Hebrew?

I’m not Jewish, after all. I don’t live in Israel or in the region. So why Hebrew?

I think the first reason comes down to this: I just really like it. It’s like asking a marathon runner “Why run marathons?” or asking a potter why they … pott.

I formed a connection with Israeli people when I worked there for a gap year when I was 19. It was my first major trip abroad. I learned the basics of Hebrew then but not much (I spent my time learning Spanish, oddly enough).

After that, I’ve always had Israeli and Jewish friends. Speaking Hebrew brings back memories of people I like, food I eat, and feeling at home in a country that welcomes me… once I get past border security, anyway.

Again, none of that means I like Israel’s expansionist policy, their settlements, how they treat Palestinians, and it doesn’t mean I support any kind of one-state solution. I just like the people.

I like Arabs too. Arabic is a bigger priority for me. And I’m Iranian, let’s not forget. Yes, we can all get along. 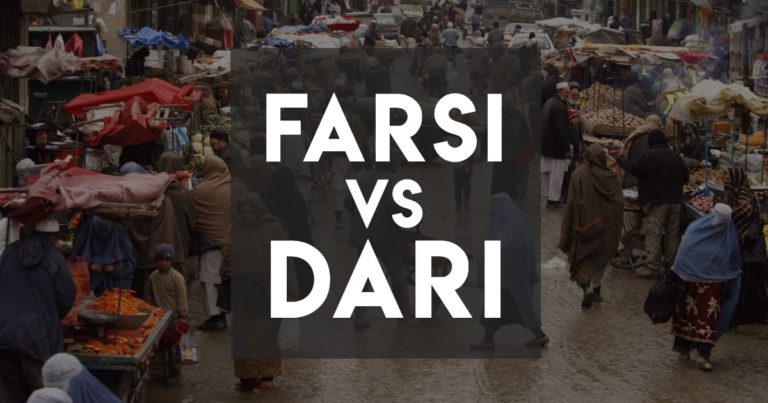 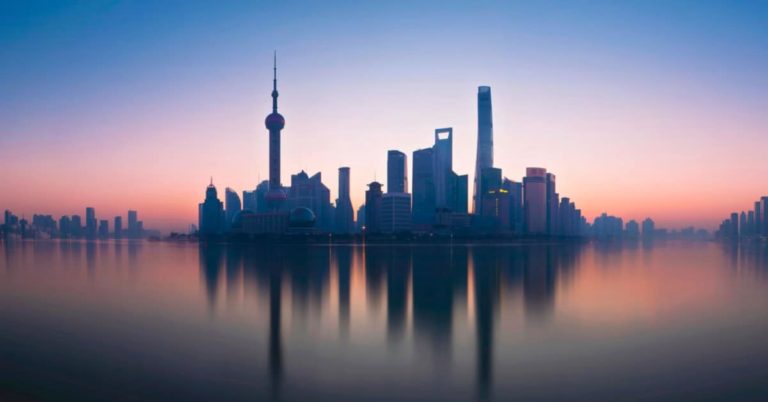 Hi Dana
Thank you for sharing your experience 🙏🏻
I read it and it was so good for me .
Kind regards

Sorry that the ads were annoying to you. Ads give us creative freedom. We can write what we think is helpful without trying to earn money by promoting products, unlike many other websites. If you find them more annoying than you find the content useful, then you’re welcome to use an ad blocker.

That’s an interesting approach! And the best thing, it’s doable, even in our busy times… Thanks for sharing!! I will try to implement this in learning Danish 🙂

Yes it’s fun! I am still doing it for various languages and it’s really useful.