In my quest to learn how to run faster and longer, I keep coming across innovative “methods” of running. All of these compete for attention as the best way to run injury and pain-free. ChiRunning, Pose running, Natural running, Barefoot… and I’m sure more.

The question I keep having is: Are these any different? Are they the same? What do these running techniques have in common and what differences do they have? Because I suspect the truth is not in any absolute technique, but lies between them all.

In general, all these techniques emphasise proper form for increasing efficiency and reducing the risk of injury. In slightly different ways.

I’m all for this premise. I don’t want to get injured. I want to live forever, and be fit and healthy until it’s not up to me any more.

The thing is, each running technique is heavy in theory, but light in evidence. It’s not the fault of the authors. It’s just very hard to do a study of the life-long impact of anything on people, because we keep changing what we do as life goes on, and everyone has subtle differences.

So one has to rely on

So I started down the rabbit hole of examining these techniques. Here’s a brief summary of the ones I’ve come across.

ChiRunning is the brainchild of ultrarunner Danny Dreyer. There’s a book, a course and a whole community around it.

The “Chi” is from tai chi (and so is pronounced to rhyme with “tree”). Like the Chinese art form/martial art, ChiRunning marries psychological, mental and spiritual aspects with sound mechanics.

One of the guiding principles of tai chi is the idea that energy (“chi”) moves from one’s centre and flows throughout the rest of the body. By focusing on this energy, you can guide and direct it.

ChiRunning is about letting gravity pull you forward, and adjusting your legs. You pick up your feet to control the forward fall.

You lean forward (slightly) so your momentum carries you through each step. This naturally shortens stride and softens the landing. You also have to remain aligned, with a strong core; avoiding slumping your shoulders or hanging your head. This helps you distribute weight more evenly through your skeletal system.

ChiRunning is also a proponent of the mid-foot strike. You land with your feet directly underneath or even slightly behind. According to a 2007 survey of more than 25,000 ChiRunners, 61 percent said they were formerly heel strikers and 91 percent reported that their ease of running has improved since adapting to this style.

Finally, ChiRunning does generally suggest you maintain a cadence of 170-180 strikes per minute.

The “Pose” technique was invented by Russian scientist and coach Nicholas Romanov. Like most other major running methodologies, it is accompanied by a website, tutorials you can buy, expensive seminars, fervent adherents and so on.

The theory is that in any sport, like tennis or martial arts, athletes move through a series of “poses”. The more precise and defined these poses, the more effective the athlete.

Romanov applied this to running, and started looking for the perfect series of movements for running form. His conclusion was that there’s one key pose for running, called the “S-stance”, in which the athlete vertically aligns shoulder, hips and ankles with the support leg, while standing on the ball of the foot. This sets the athlete up for them to fall with gravity, and to pull themselves forwards.

Pose running also emphasises shorter and quicker steps. So pose runners who want to run raster increase their strides per minute, not the length of their stride (as casual runners are wont to do).

This is of course more taxing on the cardiovascular system, but is easier on the body. Pose running’s theory is that it’s easier to improve your cardio than to suffer through injuries to knees, ankles and shins from heavy steps that come from a long stride.

What makes Pose training a little different is the emphasis that proper running method can be taught and trained. They have a long training program with many drills that are designed to hammer in the technique so that it becomes subconscious. Training involves specific warm-ups, skill development drills and running sets, and you’re expected to not focus on long distances in this time.

Actually, a lot of techniques describe themselves as “natural”. But here I’m specifically referring to the one by the self-appointed Natural Running Center, the product of Dr Mark .

According to Dr Mark, there’s no “perfect” way to run, though they do share a number of principles on good running technique. It’s best summarised in their video.

What I really like about this resource is they don’t hide everything behind a paywall, expensive courses or seminars. They actually publish all the content on their website in a well-organised course. (There are a number of discount codes and affiliate links on the site, which is maybe how the money is made to support the site.)

The general principles of “natural running” are:

It really kicked into high gear when “Born to Run”, a book by Christopher McDougall, was published in 2009. It was a book mostly about the Tarahumara, a tribe of natives of Mexico who seemed to be able to run 100 miles and still be laughing and having a good time at the end of it. They ran basically barefoot, wearing only sandals with a thin rubber base.

The book has a lot of wild characters in it, from people who like running to the tune of beatnik poetry, to one protagonist who goes by the moniker Caballo Blanco. It’s to be expected — ultrarunners are an eccentric bunch. And this is the flavour of the book, because it’s ultimately about barefoot running, which is itself an eccentric thing to be proposing, in an era where the norm for runners is shoes with soles one inch thick.

In 2010, Daniel Lieberman, a Professor of Human Evolutionary Biology at Harvard, published a paper on barefoot running that was so influential that it made the cover of Nature. In the academic world, that’s superstar status! It was called “Foot strike patterns and collision forces in habitually barefoot versus shod runners.” In a nutshell, he concluded:

“… that most experienced, habitually barefoot runners tend to avoid landing on the heel and instead land with a forefoot or midfoot strike.”

He stopped short of saying there was a causative relationship. It’s right there on the front page: “Please note that we present no data on how people should run, whether shoes cause some injuries, or whether barefoot running causes other kinds of injuries.”

Despite this, there are fervent adherents of barefoot running. You’ll see them wearing Nike Free, talking about zero-drop shoes, and maybe even sporting Vibram Five-Fingers. The science is still out, though, and there are studies that refuting the claims of the study, saying you’re no more or less likely to get injured if you wear barefoot shoes or strike with the fore or mid-foot, and the impact and efficiency doesn’t change overall no matter how you strike. A good snapshot of the quagmire is in this article, “There’s New Research in the Science of Barefoot Running“, and I might explore it more later. Suffice it to say — it’s not totally clear to me at least, and I wouldn’t suggest anyone rush out to buy new shoes without more research.

What these techniques have in common

No matter which branded technique you adopt, and irrespective of the presence of Chinese traditional medicine, beatnik poetry or other philosophy, there are definite things all of these techniques have in common.

(I have to unpack each of these at a future date. For example, my stride hovers around 160. How much variance should there be between people? Does it really make sense to increase to an arbitrary threshold?)

There are some subtle differences between the techniques, though.

While they all talk about foot strike, they don’t explicitly mention minimalist shoes. Natural and Barefoot running methodologies do, but Pose and ChiRunning don’t (but probably would be for it).

Pose running and ChiRunning both talk about gravity pulling you forwards. Natural running doesn’t talk so much about this; they’re relying on the recoil effect of your muscles.

Pose and Natural running put more demand on the legs, using muscle control to maintain proper positioning. ChiRunning teaches that the leg below the knee should be relaxed, taxing the muscle very little.

Probably the most distinguishing characteristic between these approaches is that Pose and Natural running are primarily focused on the physiological elements of running. ChiRunning on the other hand, is steeped in Eastern philosophies that, while may be perfectly valid, are a barrier for some.

Sum up: What should you do?

Watching some videos on running technique on Youtube, my first reaction was: I have no idea how to run. And while I want to get out there and practice right now, I fear that I’m going to look like a wobbly mass as I try to apply everything I’ve learned on day one!

Next step is to start using some of the drills I’ve been seeing:

I also have to finally bite the bullet and buy a fitness watch to analyse cadence and pace times. More on that soon! 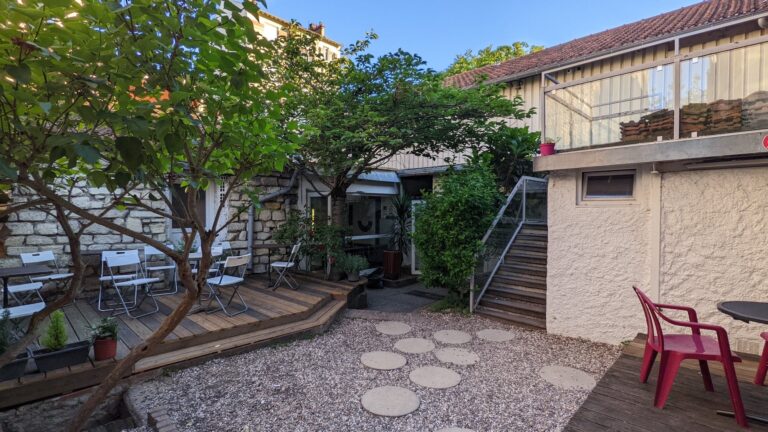 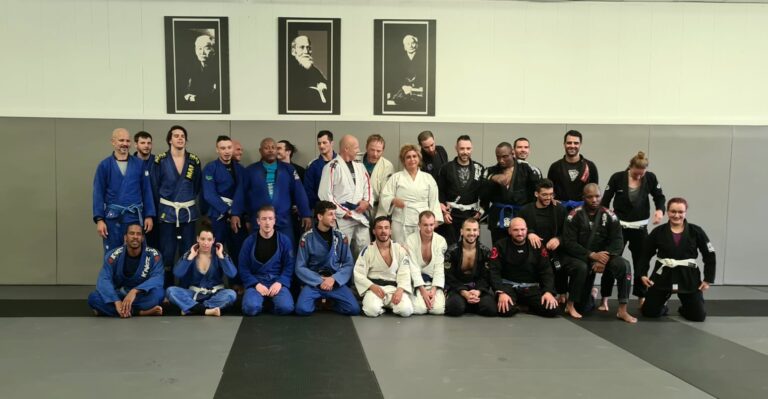 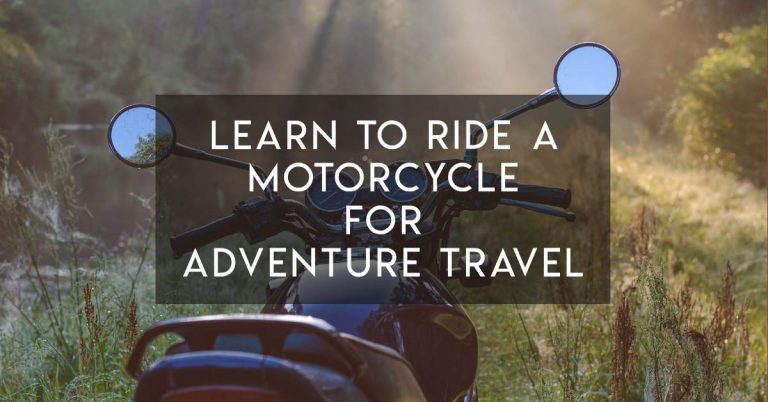 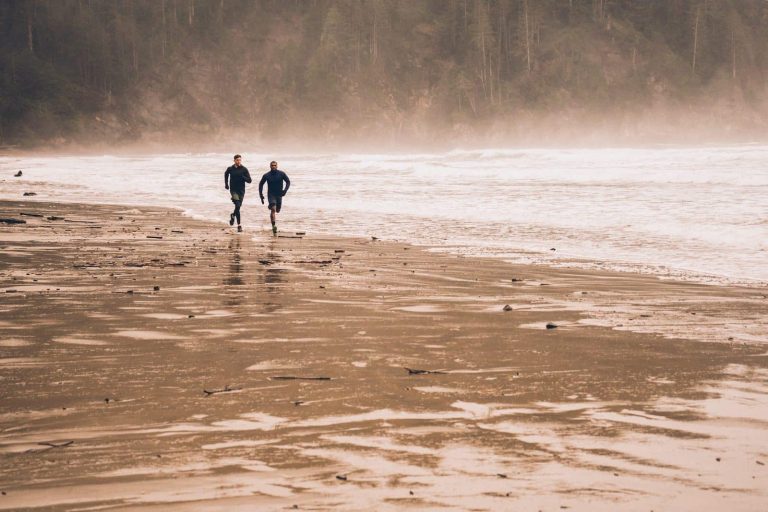