You might have heard people claim that people of a certain country — who speak English as their main language — don’t speak it “well”.

This claim is not just myopic and shallow — at best, it’s ignorant, and at worst, racist.

If it’s news to the person making the claim, you may want to bear in mind that in Singapore, Kenya, Nigeria, the Philippines, English is both the primary official language and a social lingua franca.

In other countries like China or India, anyone who’s gone to school speaks English well — sometimes to an academic level. They might have an accent, may not know some casual words, and they might use some constructions that have gone out of fashion in other countries, but they still speak English shockingly well.

Here’s a further exploration of English and how it is now a global language.

Apart from England and the former British colonies, many African, Caribbean, and Pacific countries use English as the language of government and formal education. In a lot of those places, English has either an official or unofficial role as a lingua franca, too.

In other words, in many countries, most people speak English socially, for things as casual as describing food, through to conducting business, and formal proceedings.

For example, English is an official language of Kenya, and anyone who has been to school can speak, read and write English.

But in daily Kenyan life people speak either their local language (if with their own people), or Kenyan-flavoured Swahili, which is a mixture of pure Swahili, English and Sheng, an emerging local creole.

Speaking Swahili, a lady in the Maasai Mara told us “Tunamix Kiswahili na lugha tofauti”. “We mix Swahili with other languages.” It was unintentionally funny that she said “tunamix” for “we mix” rather than “tunachanganya“, the traditional Swahili word for “mix”.

And yet, I’ve heard Kenyans and foreigners alike state that Kenyans don’t speak “English” but rather “Kenyan English”, or that they have an accent. (They also say this of Swahili vis-a-vis the Swahili in Tanzania.)

But how can the English in Kenya be any less valid than English spoken anywhere else? Kenyans use English in the same entire range of professional situations as any other English speaker: in business, in government, and in court. To claim that a whole population has less than fluent control of their primary language is to claim that they express less fluent thoughts.

In Singapore, nearly all kids learn English from infancy. Parents of many ethnicities speak to their children in English. However, those parents are just as likely to speak to their kids in Cantonese, Tamil, or Malay, depending on their own comfort levels with the language (which is changing over the generations).

Singaporeans proudly refer to local slang as “Singlish”, kind of Malay and Chinese-infused English. My favourite example of Singlish is how Singaporeans ask if something is possible by using English with Chinese grammar, by asking “can or cannot?”. The most fun thing is to respond to this with an enthusiastic “Can lah!”

Yet I’ve heard both Singaporean-raised locals and foreign-raised residents say that Singaporeans don’t speak English “properly”. How can this be? Singaporeans communicate everything they need to cover the entire range of personal and professional situations in which they live. By whose standard is this any less than “fluent”?

Why English is Never “Proper”

The more insidious part of claiming people of a place don’t speak English fluently, though, is that it implies that fluent English is defined as English spoken by people from a certain place, or more dangerously, by people who look a certain way.

English language schools have been known to turn teachers away just because they’re too “Asian-looking”. They’ll explain this casual racism away by saying that it’s harder for prospective students to trust that an Asian person speaks English fluently. “It’s not us that’s racist; it’s our prospective students [and we don’t want to use our influence to change it].”

Never mind that the vast majority of educated English speakers who grew up in places like the UK, Australia and the USA have an incomplete command of English.

Nearly every polished professional document I’ve ever encountered has had mistakes like incorrect hyphenation (“Thank-you for your letter”), a misunderstanding of the subjunctive clause (“If I was” rather than “If I were”), words that are unnecessarily complicated to seem smart and hide vagueness (“obfuscating via excessive verbosity”), unstructured thoughts (“1. this is my first idea, 2. this is my second unrelated idea”), and just general imprecise and incomplete expression that needs multiple rounds of clarification.

(My rant is over; you can breathe again.)

I’m only mentioning this because many, many ESL teachers I’ve met, judged by their skin colour to have a perfect command of the language, do not speak good enough English to teach it.

If you’ve learned English (or any second language) and heard a teacher say something like “I don’t know… there’s no rule. That’s just how we say it” then your teacher was unqualified to answer and misled you to avoid the topic. Unsurprisingly, there’s always a rule or a known exception.

(It’s OK to not know something. But I’m shocked by how many people don’t go and find out.)

More broadly, to assume that English is best spoken by people from the UK and America reinforces cultural imperialism and institutionalised classism by way of language. This maddens me. African, Asian, and Caribbean countries are mostly liberated from colonial rule.

I look forward to a day when the cultures as a whole can take ownership of the language as it’s spoken, and say “This is our language. We speak it like this because this is how we speak our language.”

Linguistic imperialism and classism in other languages

The concept of linguistic imperialism and classism isn’t at all unique to English, either. It exists in Spanish, French, Chinese, and presumably many other languages spoken across regions.

In Spain, people consider the Spanish from the Castilla y León region to be the “purest” form of Spanish. The people of the region I’ve met have gone as far as saying “Nosotros no tenemos acento”, meaning “We don’t have an accent”.

But how can any one people not have an accent? What’s an accent, if it’s not a way of speaking. Everyone has an accent, as any speaker of “pure” Spanish from Castilla y León will realise the first time they visit anywhere in Latin America.

In France, I told someone I had first learned to speak French in the overseas territory of New Caledonia, a Pacific Island still governed by France. He asked me with vague surprise: “Ils parlent Français bien la-bas?”. “Do they speak French well there?” Yes, it’s part of France, dude!

A Congolese girl (many years ago) told me that I speak French “very well… like a Parisian.” I’m sure she meant it well, but it embarrassed me. I knew she spoke better than I did. I had spent a little over a year in French-speaking countries, doing a limited range of things, and she had spent a lifetime speaking French, doing everything. What’s so good about Parisians, anyway?

To claim that any part of the vast Spanish- or French-speaking worlds speaks Spanish or French “the best” is a slap in the face to everyone who has used it for decades in every part of their lives, from family, to education, through to professional life.

China is particularly interesting, as Mandarin Chinese has been the official language of government for just over a century (since 1911). Northern Chinese people (particularly Beijingers) may claim they speak most standard Mandarin, and that Hong Kongers don’t speak it well.

People claiming this would often refer to Mandarin as “Chinese”, either in English, or in Chinese using the words “中文”, meaning the language of China, implicitly ignoring the other language families spoken in Greater China. (See here for a discussion of what it means to be and speak “Chinese”.)

If you’re at all sensitive to the cultural cleansing in Tibet or Xinjiang, or the political uprisings in the much more economically empowered Hong Kong, your ears will prick up at the idea that anyone speaks “Chinese” the “best”. Tibetans speak Tibetan, the people of Xinjiang (Uyghurs) speak Uyghur, and Hong Kongers speak Cantonese.

Interestingly, the only major exception to this rule is the Arabic-speaking world. Because there’s no standard Arabic except for Modern Standard Arabic, and everyone else is known to speak a “dialect”, I never heard of people being described as speaking Arabic (meaning the “dialects”) well or poorly — just differently. And that’s how it should be.

The British mostly speak English, though sometimes begrudgingly in rural Greater Britain. The Americans speak English — unless they don’t, because they don’t have to; after all, the constitution’s emphasis on freedom of speech prohibits America from declaring an official language. Australian speaks English, to the surprise of some people I’ve met.

In the same way, Nigerians, Ghanaians, Kenyans, Ugandans, Filipinos, Singaporeans, and many others all speak English. However we use the language is perfectly valid. Let’s stop saying otherwise. 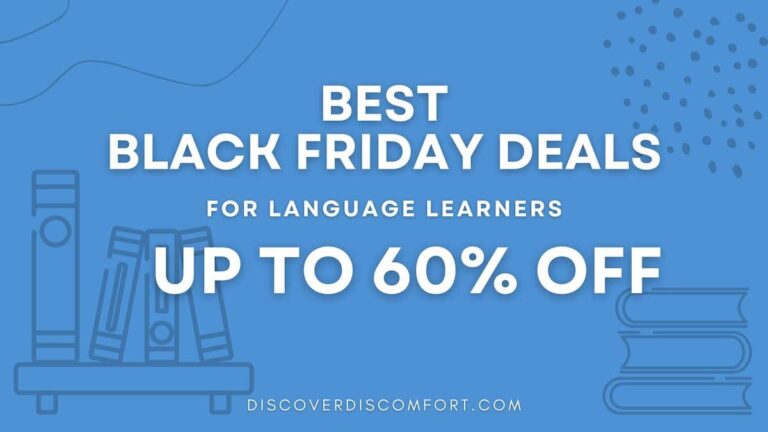 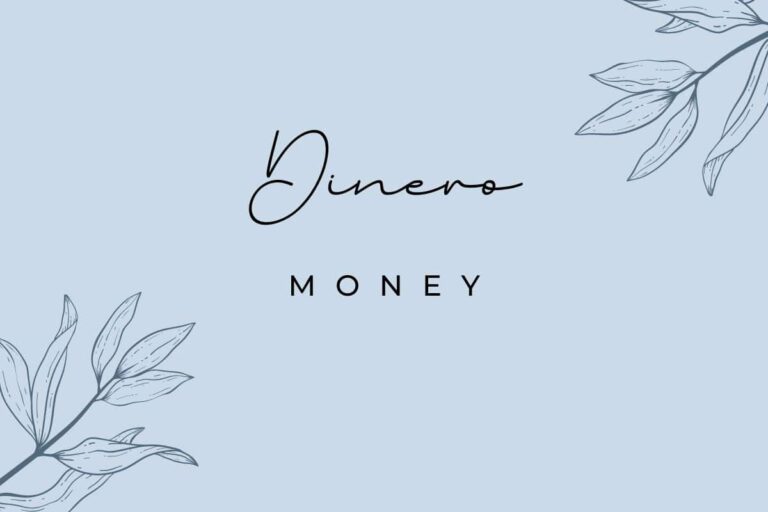 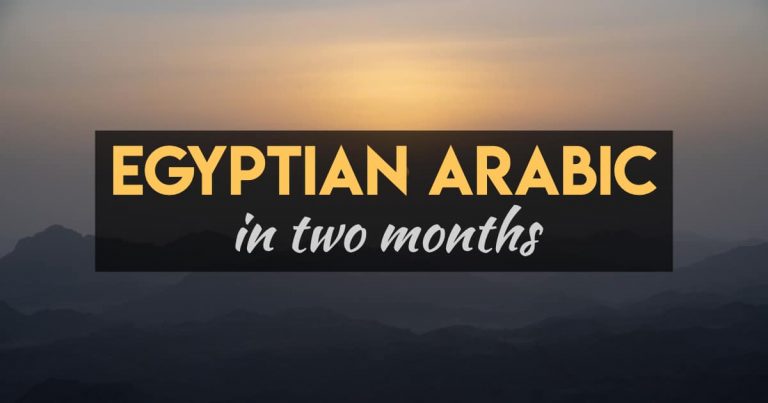 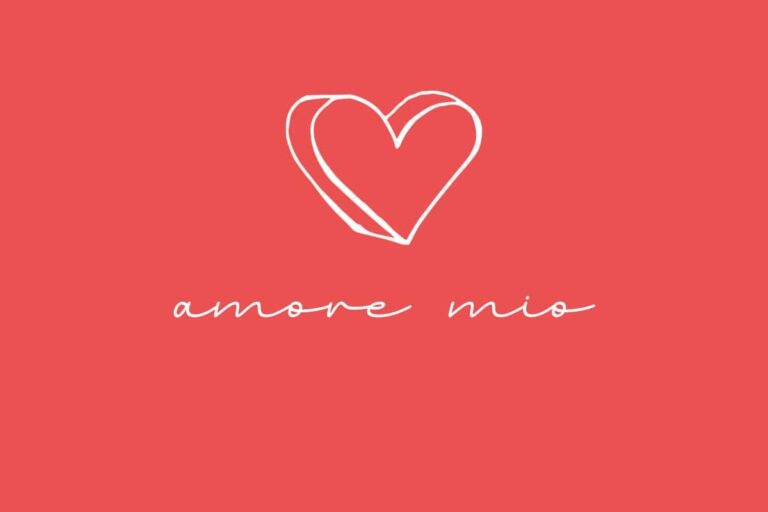 I didn’t realize how often English is spoken in stereotypically “non-English speaking” countries. As an American, I see this a lot regarding AAVE. So many people refuse to see it as a dialect with its own set of grammar rules and think that African-Americans just “can’t speak right.” But just thinking about it, it is actually pretty ridiculous that people think there is a definitive correct way to speak a language. As long as you’re effectively communicating your thoughts, you’re speaking correctly.

Yeah, glad you support this idea!

By the way, I checked out your blog and love what you’re doing with learning outside academic environments. I wonder if it’s the future…

This is preposterous. The English do own English, just like the French own French and the Arabs own Arabic. We do not say pidgin english is the standard way of speaking english because there is a “Standard English language”. I am black and even though I speak African American vernacular english, I DO recognize that it is not standard english and should not be the spoken english in schools.