This is a guide to not the dirtiest, not the edgiest — just the most common Colombian slang you’ll hear on the streets of Bogotá, Medellín, Cali, or Cartagena.

We may have come to Colombia to learn to dance the salsa, but that doesn’t mean we don’t have an interest in Spanish.

Considering whether to learn French or Spanish? See our comparative guide.

I’m fluent in Spanish at a business level, but not native. I just try to get by as native as possible. In Spain, people think I’m a long-term immigrant. In Latin America, people often think I’m Spanish — or once, Argentinian. Consider this a guide from a fellow learner a few steps ahead, sharing what I’ve learned recently.

Even though Spanish is just Spanish in every country, and most people looking at you will know right away whether you’re a local or not, there’re still a few things you can say to make you sound much more local and get a more local reaction.

For example, in Colombia, you can of course always just greet people with cómo estás for “how are you”. Nobody will think twice about it.

But if you say ¿Quiubo, man? — if not the first time you meet someone, then the second time — you’ll get a warmer reaction.

That’s the power of slang. It helps people feel comfortable to you, and it breaks down barriers that will make you feel more like you belong in a different part of the world.

Want to suggest another Colombian slang word? Comment at the bottom. I’ll also update this as I find new important words myself.

Firstly, we’re not covering standard Spanish slang here. If you’ve come here looking for fun uses of words like mierda, well, Google is your friend. There are also great books on Amazon on Spanish Slang, like this really fun dictionary I learned from ages ago.

Also, bear in mind that Spanish slang is very regional — it’s different even within Colombia. But the list below is pretty generically applicable to anywhere in Colombia.

That said, these words are definitely not guaranteed to be common elsewhere in Latin America! They may be, and they may not be.

A few notes on these words below (not all of them).

Saying “Hello” in Spanish is as simple as saying “¡Hola!“

Of course, you can say hola — we do all the time and it’s fine.

You can also default to a few other standards, like Buenas!, which you can use at any time of day.

But once you’re even vaguely familiar with someone — say the doorman, or your landlord, or the second time you visit a restaurant, you can great with a friendly “¿Quiubo?“

The word quiubo is a contraction of qué hubo, and it literally means “What was there?” But it’s just a casual “What’s up?” which of course isn’t a literal question either.

The word Quiubo is sometimes written Qu’hubo, and might be modified like Quiuboles, or other variants. You’ll also hear it elsewhere in Latin America, like in Mexico.

Another often-heard phrase in Colombia is “Hola, ¿qué más?“

Saying something is awesome or cool

You pretty much here chévere and bacán on day 1 in Colombia — these are core Colombia slang. I did. I think it was in the same sentence… someone was describing something as

These words aren’t at all unique to any age group. We’ve heard people older than our parents use them. For example our dance instructor told us doing a certain step in a certain way was más chévere así.

“Rumba” is also a really common Colombian slang word. We heard it on day one. Tal vez alguien les invite a una rumba…

Just bear in mind that una rumba isn’t referring to the Rumba dance! There may be no dancing at all…

There are lots of ways of referring to someone in Colombian Spanish slang.

As a man, many people say man to me (but in a Spanish accent — sounds like pan for example). Like this morning said Con mucho gusto, man when he handed me the change.

The word vieja isn’t used directly with a woman, but is used to refer to other women. It’s vaguely derogatory, like “chick” in English. It refers to a woman of any age.

The words joven and m’ijo or m’ija (contractions for mi hijo/a) are used generally to refer to you directly. ¡Gracias m’ijo! someone might tell you regardless of your age — as long as you’re obviously not much older than them. Similar with joven.

The word parce refers to a friend. I’ve seen it in telenovelas, but haven’t heard it yet. Probably because I’m pushing 40…

Probably my favourite word for describing someone is un berraco/a. Sometimes they’re spelled verraco/a. It’s a super Colombian word, one that people are proud of!

Loosely, this Colombian slang word means “someone who stops at nothing”. What a great word! Like a “badass”.

¡Esa mujer es una berraca! That woman is a badass, she’ll stop at nothing!

A variant on berraco/berraca is berraquera which means valiance, strength, courage. It’s used often like a el le falta verraquera (throwing in the v spelling just for fun).

The phrase dar papaya does not literally mean “to give a papaya”. It means “to act in a way that gives people a chance to take advantage of you (or to steal from you).

What I like about this phrase is that it has made it into everyday language among ex-pats. In forums they’ll be writing English and say “don’t dar papaya like that”.

Colombian slang for “a thingamajig” or “a whatchamacallit”

Una vaina is a great word you can’t go without in Colombian slang!

This word exists in a few other Latin American countries, but not in Spain, where they just settle for “una cosita” or “un este”.

But say with a look of incredulity ¿Esta vaina que es? and you’ll get a decent response!

The use of que pena as “I’m sorry” caught me off guard in Colombia.

In standard Spanish, it means “what a shame!”. But in Colombian slang (or daily language, really) it means “I’m sorry/my apologies”.

Less startling was mucho gusto, which means “much pleasure”. In Spain you often hear mucho gusto when meeting someone — it’s used as “nice to meet you”.

In Colombia, con mucho gusto or simply con gusto is the standard — and I think only — way of saying “you’re welcome”. I literally never hear people say de nada or no hay de que. So don’t sound those unless you want to sound like you just got off the boat from the Iberian peninsula.

Another common everyday word I hear is ¡Hágale pues! , which means “OK” but also like “let’s do it!”, i.e. when a deal has been struck or something agreed upon.

For example, if you’re discussing a price with a taxi (who refuses to use the meter), and you come to an agreement — you can say ¡hágale pues! and you’ll be on your way.

The pues is optional but adds character.

Finally, a super-common word — saying “OK” in Colombian Spanish slang is as simple as listo! Yes, listo means “ready”. It took a little adjustment for me to start saying listo instead of vale (which some people do say… but not as much) or bueno (which people use relatively more rarely).

Listo! Enough explaining, time for you to get out and use the slang here on the streets of Colombia. 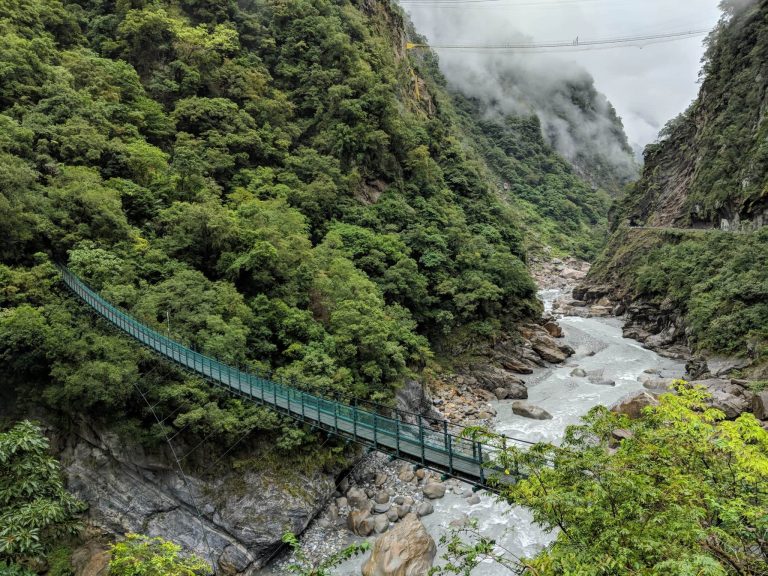 Taiwan’s national parks are amazing, and Taroko should be your first stop. 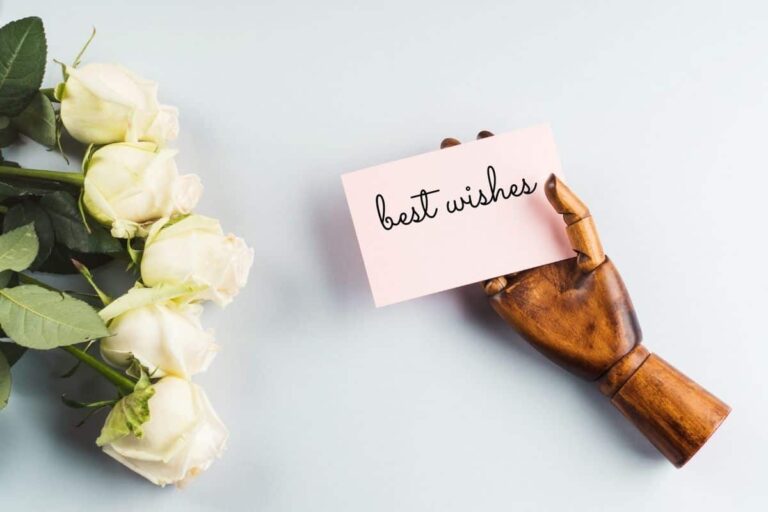 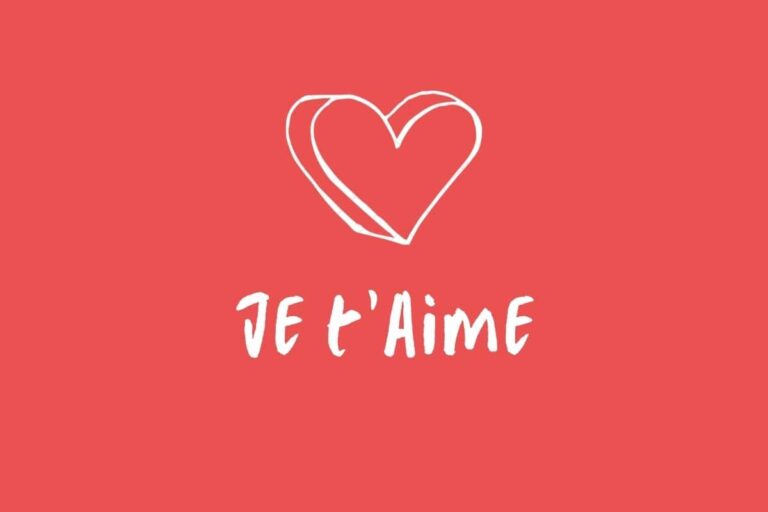 What about when Colombians say “buenas,” as opposed to “buenas dias.” They just cut it super short. You gotta include that!

Good one! This is pretty widespread though, so I didn’t think of it as Colombian. Also, it’s buenos días. One of those words that ends in a but is defined as masculine.