Almost everyone knows how to say “no” in Spanish… mainly because it’s the same word as in English: “no” is no.

But, when speaking any language, there are so many nuances to a single word. In English you don’t often just say “no”. You might say “no, thank you”, or “absolutely not!”

Similarly, if you want to become more fluent in Spanish, you’ll want to know how to say no in a variety of situations, from formal to colloquial. That’s why we made this comprehensive list of how to say “no” in Spanish in many different settings.

We also go over a number of quick examples related to negation in Spanish.

No in Spanish at a Glance

Below is a summary of the phrases below.

Saying No in Spanish Politely

Turning someone down can be a tricky subject. Sometimes saying just “no” can seem harsh, even rude. Luckily, there are a lot of ways of saying no in Spanish in a softer, more polite way. Here you’ll find a few suggestions.

This is the standard way of saying “no” when offered something. It’s also the most polite option. No, gracias means “No, thank you” in Spanish, and it’s used in the same way as in English. Let’s see an example:

Me encantaría, pero no puedo

The literal translation of this phrase is “I’d love to, but I can’t”. Me encantaría, pero no puedo is a nice way of saying no, because you make clear that, in another context, you’ll say yes… Just not this particular time. Let’s see an example:

In English, this phrase would be “Sounds good, but no”. Suena bien, pero no is nicer than saying just “no”; after all, you’re acknowledging that the plan is not bad at all. It could be worse, right? Let’s see it in action:

In Spanish, there are a lot of ways of saying “Sorry”. You have Disculpas, but also Lo siento, and Lo lamento. It’s easy to understand why your denial seems softer if you throw in an apology. No, lo siento allows you to do just that. In English, it would be like saying “No, I’m sorry”. And that’s polite enough.

This expression is very similar to No, lo siento. You just have to change your apology; instead of saying Lo siento, you say Lo lamento. The translation stays the same: No, lo lamento is like saying “No, I’m sorry” in English. In a conversation, it works like this:

Saying No in Spanish Casually

Every Spanish dialect has its own regional expressions for saying no, so the best way to learn is to listen to people around you and see what they say. Here are a few common colloquial expressions you may hear in the wild.

Para nada is a very common negative phrase. It means something like “not at all”, and it’s a little bit more friendly and lighter than other phrases… depending on your tone, of course. This is how it looks in a conversation:

Quizás la próxima means “ Quizás la próxima ”. This is a very easy way of saying no to an invitation. If you want, you can make it shorter, and just say La próxima; to make it even more informal. It is a nice way of letting someone down gently.

Te la debo is a little difficult to directly translate to English. It literally means “I owe you”, but its acutal meaning is “No, I don’t have that” or “No, I’m sorry, I can’t help you now”. Let’s take a look at an example.

Saying No in Spanish Emphatically

There are times a timid “no” isn’t quite enough. Sometimes you really need to be very firm and definitive about turning down an invitation or respond to a question passionately. Here are some useful ways to get your message across.

¡De ninguna manera! is more emphatic than No, gracias. It means, almost literally, “No way!” or “Absolutely not!”.

You can use this phrase if you want to express that you’re absolutely against something, or to refuse a proposition that makes no sense to you.

A conversation using de ninguna manera could look like this:

Maybe someone is venturing into something dangerous, impossible or just wild. Maybe someone is making a very strange proposition. That’s when you want to use Ni se te ocurra , a very imposing way of saying “no” in Spanish. It could be translated as “Don’t even think about it”, and it’s used like this:

You can also add a verb to the end of the phrase. For example “¡Ni se te occura volver a hacer eso!” is a common way of saying “Don’t even think about doing that again!”

Jamás is another very helpful negative adverb. It means “never”. Jamás is not as common as nunca (which also means never), and has a more dramatic flair. There is a saying that goes says Jamás de los jamases, which is the most emphatic way of saying no in Spanish – basically meaning never EVER!

Let’s see jamás in an example:

This one is quite similar to Ni se te ocurra; but here, instead of talking about thoughts, we’re talking about dreams. Because that’s what Ni lo sueñes means: “Don’t even dream about it”. Some people translate it as the English expression “In your dreams!”, but that’s not entirely accurate.

You see: Ni lo sueñes is an imperative sentence, an order, so it works a little bit differently. When you say “In your dreams!”, you’re saying that something that the other person is saying can only happen in their dreams.

But when you say Ni lo sueñes, you’re commanding the other person to completely forget about the issue; they’re not even allowed to dream about it. Let’s see how you could use this expression in a conversation:

Saying No in Spanish to Express Surprise

This expression is used to express surprise or bewilderment. In life, we often hear things that border the impossible; unexpected, implausible things. That’s when you can use No puede ser , which means “It can’t be” or “No way”. Here you can see this phrase in an example:

In Spanish, as in English, there are a few negative words. Their function is to express negation in some sense; many of them are adverbs.

Because they’re functional words, their meaning is very dependent on Spanish grammar — in some cases, that makes them difficult to translate. Here is a quick list of Spanish negating words.

Side note — No tengo tinero? More like no tengo la plata. Or even la pasta! See here for other words in Spanish for “money”.

As you can see, there are a lot of ways of saying “no” in Spanish. You can go for the polite no, gracias or for the imposing ni se te ocurra; you can use a kind para nada or the sharp jamás de los jamases. That’s one of the great things of using a language: that is up to you! You can find your own style.

Now, thanks to this list, you have the resources to say no in many different ways and increase your Spanish fluency. With a little bit of practice, you’ll sound very convincing when you just say no! 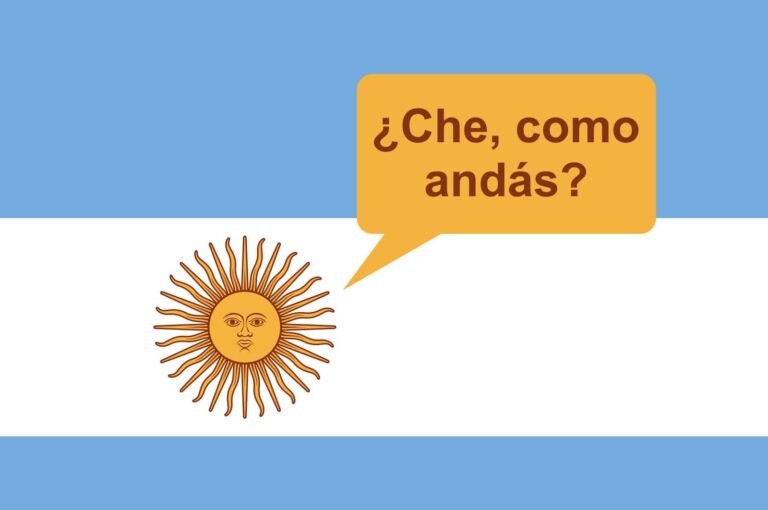 How Argentinian Spanish is different from Spanish as it’s taught in books, courses, and apps.