We yearn to be considered locals as we travel with Discover Discomfort, and we dread being seen as foreigners.

That’s why we hold on to every instance when someone accepts us as Egyptian. They might comment on us eating with our hands. “You’re Egyptian now!” Or every time someone tells us we have good accents. Or my favourite, when a shopkeeper asked me if I have Egyptian heritage. It was a sole outlier, but still awesome.

But life has taught us that to yearn to be something we are not is a fool’s errand. Not only will the world around us constantly remind us of what we are; we end up reminding ourselves.

Foreigners in Egypt are sometimes pejoratively called khawaaga (خواجة). It’s a condescending term used, originally for Europeans, but these days for anyone of non-Arab/African ethnicity, harsher than agnabi (أجنبي) which is the technical term. It’s akin to being called a gringo versus an extranjero in Latin America, or being called a gweilo vs a ngoi guok yan (外國人) in Hong Kong.

We obviously don’t want to be khawaaga. We want to be greeted with a salaam aleikum, not with an enthusiastic “good morning!”, inevitably followed by a brief sales pitch. We want the local price, not the khawaaga price — or at least, a lower price than given to those obvious tourists in sun hats and sandals. And most subtly, we want to disappear. We want to be able to get our breakfast and coffee without too much unwanted morning attention. Just leave us alone to eat our sandwiches, please.

However, to think we can become local is pure vanity. Because we’re not local, and never will be.

You Will Never Be Chinese

In 2012, while I was attempting to become local in China, a long-term Chinese resident named Mark Kitto published an essay called “You Will Never Be Chinese”. It began:

“I wanted to be Chinese, once. I don’t mean I wanted to wear a silk jacket and cotton slippers, or a Mao suit and cap and dye my hair black and proclaim that blowing your nose in a handkerchief is disgusting. I wanted China to be the place where I made a career and lived my life. For the past 16 years it has been precisely that. But now I will be leaving.”

He wrote a long essay about how it’s a futile quest to ever convince China you belong there. You may eventually convince friends and neighbours, he said, but you’ll inevitably get reminders from local government officials that you’re there only by their grace, and you’ll see business competitors ruthlessly do everything to undermine your legal presence.

This story echoes how I and many other foreigners in China felt. It is effectively impossible to ever become Chinese by nationality, but even on a personal level, it’s very difficult to feel at home as a person of non-Chinese ethnicity.

In China, the people I spoke with often referred to roughly four kinds of people:

When speaking Chinese to a new person, I’d have to start with a rambling string of nothing-words to kind of signal that I wasn’t speaking English. The rough equivalent of “Hello, sir, may I trouble you for a second, I want to ask a question“. I wasn’t being polite, I was trying to gently ease the person into understanding that this stubbly large brown person was, in fact, speaking an intelligible language.

This experience contrasted with that of my Asian friends. I briefly had a Korean friend over once. I was shocked at how my Chinese housekeeper Stephanie (she preferred this name to her Chinese name) insisted on casually engaging my Korean friend in conversation in Chinese, even though my Korean friend barely understood a word beyond “nihao“. Stephanie just kept going. With me, Browny McBrownface, it took months for Stephanie to warm up to that level.

People remind us we’re visitors constantly in Egypt, too. It might be the way they greet us or ask us where we’re from — even if it’s in Arabic. They’ll hail us in the way they do any foreigner to offer to sell us things.

In Egypt, we use different names for random strangers: Jo is Anna, and I’m Youssef. Briefly, we tried being different nationalities as well: Jo was Canadian Vietnamese, and I was… British Palestinian.

See this in-depth article on what it’s like to be a foreigner in China, Egypt and East Africa: “Travelling while Not White”.

Here in Egypt, while I look slightly Egyptian, I also really don’t. My hair is straighter. I carry myself differently to Egyptian men, I’ve noticed. We cover up and don’t dress fancily, but the style is obviously different from the local casual style. (Plus, it doesn’t help that we’re wearing Patagonia, Lululemon and Nike. Don’t judge us.) At best, I can hope to be considered an “ex-pat Egyptian/Arab who has returned here for good times with loads of money”. Jo, of course, has a more uphill battle with her Asian face but also has the advantage that people are much friendlier and more likely to talk to women. (She made most of our Egyptian friends.)

Pretending to be Palestinian

We also invariably remind ourselves we’re not Egyptian. Constantly. To combat the forwardness of Egyptians who ask us a dozen personal questions about us (“how much rent do you pay? where are you originally from? how old are you? are you married? are you a Muslim?” and so on), we sometimes use alter egos: Jo is Anna, and I’m Youssef. Briefly, we tried being different nationalities as well: Jo was Canadian Vietnamese, and I was… British Palestinian.

“Whoa, Palestinian? Way to get political, Dana!” Actually, it was a mistake. I had planned on saying Pakistani but forgot the pronunciation at the last minute and so Palestinian it became.

It was fun pretending to be Palestinian. People beamed. “You’re my brother!” they’d say. “I’ll give you a special price.” No, they didn’t! But anyway, it was a huge improvement on mentioning that my parents are from Iran, which always got a nod of acknowledgement and a change of subject. Being Iranian raises all these questions about my religion and politics which they just didn’t want to ask — and fair enough. Iran doesn’t have many friends in the Arab world. Youssef from Palestine did.

The most interesting thing we learned was that we hated pretending to be something we’re not. While my whole life I’ve combated being seen as anything but just another member of the human race, pretending I was anything other than Australian Persian really bothered me. Jo had the same reaction. Why be some other Asian when everyone knows Koreans are the coolest ones, with the best music, dramas, and skin? We’re proud of who we are, damn it, and don’t want to be anyone else.

And as much as we don’t want to be seen as foreigners, we do occasionally enjoy “khawaaga privilege”, embarrassingly enough. We are allowed to take longer to do random things. We can lodge in more places: many apartment ads say “no Egyptians” or even “Europeans only” (I think we count as Europeans). We can walk into any fancy restaurant or hotel, even if dressed in sloppy athleisure, and we belong. This is true all over the non-Western world. I belonged much more in the lobby of the Four Seasons in Beijing than I ever felt like I did in Australia.

The fact that we get to enjoy privilege is in part due to a concept known as “foreigner complex” here. “Foreigner complex” (3a’dit al-khawaaga, عقده الخواجه) is the name for an assumption that foreign things — brands, opinions, ways of doing things — are better than local Egyptian ones. Other places have similar concepts and expressions, like chong yang mei wai in China (崇洋媚外), which means a tendency to “revere and pander to everything foreign”.

The idea of “foreigner complex” is used pejoratively and it ruffles a lot of feathers. For example “Why did the government need to bring in a bunch of foreigners to tell them what we’ve been saying for years? Probably because of 3a’dit al-khawaaga.” You see it around the world in different ways. But here in Egypt, we acknowledge we’re on the beneficial end.

And the reason it’s pejorative is that fundamentally, despite all the hardships of living in Egypt, people are generally very proud of being Egyptian. Yes, Egypt has suffered through war, revolution and economic uncertainty. People fight tooth and nail to get into the few universities of global repute, only to then struggle to afford university life, and afterwards struggle to find work.

But Egyptians also have a proud history dating back 7,000 years. Seven thousand! Despite everything that has happened in between, Egyptians are proud to be the descendants of one of the first great civilisations. Genetically Egyptians have more in common with North Africans than they do even with Arabs from neighbouring countries. And people will identify as Egyptian first, Arab second — despite the movement towards pan-Arab nationalism and the fact that Egypt is named the “Arab Republic of Egypt” (and was for a period in the 20th century simply the “United Arab Republic”). They have some of the most spectacular scenery I’ve ever seen, from the mirror-like beauty of the Red Sea to the pristine waters of the Nile in the South to the miracle of the Siwa Oasis. “Egypt has ruined me”, said one Egyptian friend who lives abroad and has income that could take him anywhere. “I keep wanting to go on vacation somewhere else, like to Thailand or South Africa or something. But I keep coming back to Sinai and I think I always will.”

So no matter what we do, especially in the short time we have here, we’ll never be Egyptian. We may love some of the land here, but it’s not ours. We’re not tied to the thousands of years of history. We didn’t suffer for it. And where others don’t remind us we’re not Egyptian, we remind ourselves.

And that’s OK. We have so much to bring as foreigners here, too. We can show people that we are friendly foreigners: people who made an effort to learn the language, eat the local food and see and treat people in the way we do ourselves and hope for the same treatment in return. 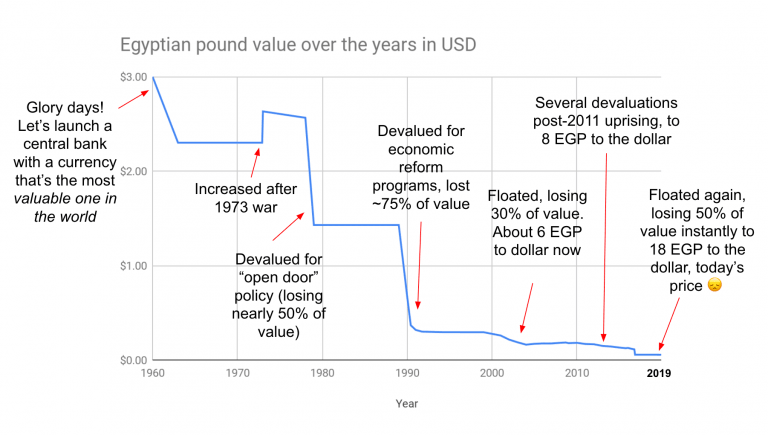 What do you say when the government asks you “What’s your religion”? (This is an archive of our letter of 2 Feb 2019.) 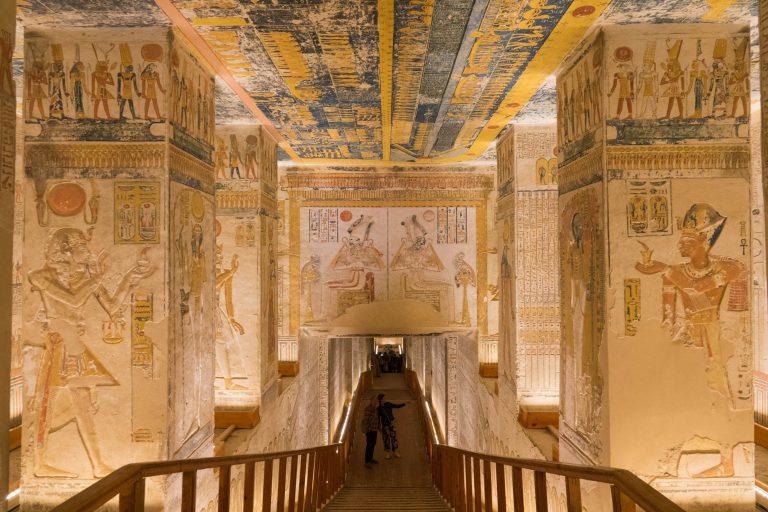 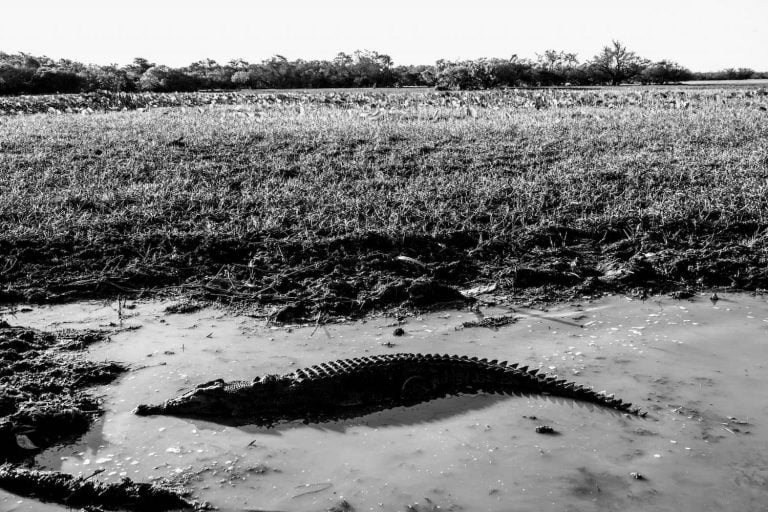 A quick guide to overcoming everyday fears — public speaking, talking to strangers or doing something “different”. 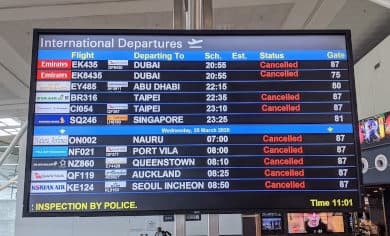 How we fled the coronavirus pandemic in Colombia and returned safely to Australia. 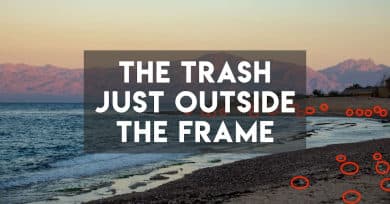 What happens to plastics we buy? This is where it goes: trash fires, beaches, and dumps around the world. This is the “Trash Outside the Frame”.