Tel Aviv is one of the best places in the world to be vegan. There are so many vegans, vegan options, and fully vegan restaurants that it makes it truly easy to try it out. So, since we go there regularly for work, we decided to go vegan for a month. Here’s everything we’re going to eat, and why!

There are many reasons we want to try eating vegan — because we believe in animal welfare, because most meat in less-developed countries is very low quality, because of climate change, food security, health, and many others that we’re still learning about.

And there are a few good reasons why Tel Aviv is the best place in the world to try going vegan. The high population of vegans (5% country-wide, and more in the city) means it’s a very acceptable way to live, and every restaurant has vegan options — not to mention the many high-quality vegan restaurants!

Besides which, it’s just something we want to try, see how it feels, and see what we learn along the way.

Great Vegan Foods to try in Tel Aviv: The List

There’s much more to vegan food in Tel Aviv than just falafel, hummus and pita! But that’s a great start.

Yes, we have to mention hummus anyway — it’s vegan by default!

Hummus is a vegan food – there’s no animal products in it. It’s just chick peas, tahina, olive oil, salt, and bread. Plus whatever spices!

Abu Hassan is often cited as “the best hummus in Tel Aviv” though — honestly — lots of places are great. Still, worth going once. I suggest trying the masabacha (warm hummus) for something different. Despite being popular, it didn’t feel touristy at all. They’ll speak Hebrew to you if that’s what you speak.

One of the most famous Sabich sandwiches in Israel.

Sabich is a traditional Iraqi pita sandwich. It came via the Jewish Iraqi immigrants, and is now a staple of Israeli cuisine.

A sabich is made from of freshly baked pita bread, filled with fried eggplant, tons of Israeli salad (a mixture of cucumbers, tomatoes and onions), potato, chopped parsley, tahini sauce and amba (a tangy mango pickle condiment popular in Indian and Middle Eastern cuisine). It usually comes with an egg; ask for it without (they’ll usually confirm you want one). Top it with pickles and hot sauce.

Like hummus, there’s loads of good sabich in Israel; honestly you can order one anywhere and it’ll be pretty good!

Yes, you can go to Abu Hassan to get Hummus (and you should), but try this instead if you only want to go to one place.

Hummus is often eaten with other meats and vegetables. Try a vegan shawerma topping at Humusim.

Anita’s has some of the best ice cream I have had in the world. So it’s not really surprising that their vegan options are decent. Word has it this is the best vegan ice cream you can get in all of Israel. And there are Anita’s locations in beautiful neighbourhoods, too! My personal haunt was in Neve Tzedek.

Sure, Domino’s is kinda “basic” to some people, but sometimes you just need a basic pizza. This is not the fanciest pizza in Tel Aviv, but it’s super cool that Domino’s only serves vegan pizzas in one city in the world – Tel Aviv!

Taste test consensus is you should get the ones without vegan cheese though, as the vegan cheese they use has a rubbery texture and doesn’t smell too good.

Zakaim is a vegan boutique restaurant where everything is delicious.

It’s also, to my knowledge, the only place where you can get vegan konafeh in Israel. Konafeh is one of my favourite Arabic sweets, and the Palestinian variety you can get in Israel/Palestine is unique. It’s loaded with cheese though, so to have a vegan option from a place dedicated to good food is awesome.

Onza is a fancy Mediterranean restaurant with a strong Turkish/Greek influence. It’s very fancy. A lot of things from the meze part of the menu are vegan or can be made so, but the pide in particular is worth trying. Good place to go if you want to go with non-vegan friends.

Pizza (or anything) from Meshek Barzilay

Meshek Barzilay is really fancy — enough for a date for two (in fact, that’s exactly what took us there).

The atmosphere is wonderful, with nice furniture, great lighting, an a lot of plants and natural colours. Even though it’s very near central Tel Aviv, it’s on a very quiet street, and the atmosphere is often just as quiet.

Plus, the food is fantastic, with a great menu that includes a lot of delicious dessert options!

They also have a deli next door which stocks great vegan cheeses.

Tenat is an all-vegetarian/vegan Ethiopian restaurant. I didn’t know this the first time that went in.Even though most of my experience with Ethiopian food involves meat, I really enjoyed that Tenat was vegan. Ethiopian food can be quite heavy (strongly spiced fatty meats), which is why it’s served with injera bread. But the non-meat version of Ethiopian food is lighter, which means you will never leave the restaurant feeling bloated (unless you really try…)

Anastasia is a high-end cafe where vegans and non-vegans will feel at home.

Anastasia has a lot of natural light, a beautiful setting, and a huge abundance of food that spans every demographic (including vegan, raw, and gluten-free), and is all nutritious and healthy. Health is the focus, in fact.

Things to try at Anastasia:

Tel Aviv’s first (and only?) vegan-only pizzeria… and they do a really good job of it.

Lastly, get some delicious foods from the markets in Tel Aviv. I like fresh food markets anywhere, but they’re particularly appetising when you’re on a vegan diet.

A few killer things to try at SH

Nanuchka was a star of the vegan scene until it closed recently. I’m leaving it up as inspiration for others, and in the hope that someone will bring it back!

The owner, Nana Shrier, ran a very meaty restaurant for over a decade before one day, becoming vegan, and suddenly flipping the menu overnight to vegan.

People said the restaurant was doomed, but it thrived right until the end.

This was probably the best place in the world to get vegan Georgian food until it closed. RIP!

We’ve both tried being vegetarian at different times, and felt good. The reason we want to try being vegan: for the sheer challenge of it, because we think we might feel good, because it benefits the environment and society, and because we’ll be in a place where it’ll be easy to give it a try.

There are many reasons to try going vegan. You’ve probably heard of most of them. But here are the ones important to us.

Firstly, we believe animals should be treated well. Even the hardest-nosed meat-eater — sometimes especially them, as they are closer to the product — would believe that animals should be treated well. You can definitely pay more for high-welfare meat products in Australia, the US, Europe and the UK. Unfortunately, in most parts of the less-developed world we travel to, there are very few controls on animal welfare, and it’s hard to believe the meat that people eat has been treated well, simply because of the low price. Even if it were true, it’s very hard for us to assess. To top it off, we see so many cute cows, sheep and goats, and it’s just a constant sad reminder.

Thirdly, we like change. Change makes us shake things up. We fall into patterns where we eat the same things, buy the same foods, start to believe that we need to eat certain foods to get by. It’s nice to shock our bodies, and to force ourselves to try new foods and see how we feel and how we perform.

Fifthly, the challenge! At the same time as eating vegan, we’ll continue to exercise in both distance running and martial arts, and see if we can’t break a few paradigms. At the same time, when Googling world-class weightlifters or football players, very few are vegan… although there are lots of vegan runners.

There are other reasons too, that I have to read more about, like poverty and food supply, the water intensity of raising animals, cancer, etc. Those are good reasons too that we’re still learning more about. But there are enough reasons already.

There are lots of reasons why Israel is so vegan friendly! It goes far beyond vegan foods you can get in Israel.

Actually, there are relatively few foods that are commonly available and are definitely vegan (unlike in Egypt, where a lot of street food was just accidentally vegan). Yes, you can eat hummus and falafel, but that gets old.

And Tel Aviv is even better than the rest of Israel for veganism. Given people actively declaring themselves vegan is a big city trend, I estimate that ~10% of the population of Tel Aviv is vegan.

A second reason why Tel Aviv is so good for vegans is that so many restaurants have vegan offerings. This is a natural consequence of the high vegan population. Nearly every cafe has a non-dairy milk substitute for coffee. Domino’s in Israel offers a vegan pizza. There’s a vegan section on many menus, and saying “I am vegan” is completely normal and something restaurants cater to.

Thirdly, there are many vegan-only restaurants in Tel Aviv. And these are some of the best restaurants, managed by renowned chefs. They’re not restaurants run people who were vegan diehards, and restauranteurs second, nor do they have a religious agenda. I mean places like Meshek Barzilay,

Why are so many Israelis vegan?

Something like 5%, compared to less than 2% in other western countries.

It’s also a recent trend; the vegan population has more than doubled since 2010, with another 13% of the population considering it.

People have various theories about the rise of veganism in Tel Aviv. But random conversations with people show it’s a combination of the usual (animal welfare and health), coupled with the tendency for things to go “viral” easily in Israel considering it’s such a small community.

One thing that went viral is a speech is a lecture on YouTube by American animal rights activist Gary Yourofsky that had about 1.5 million views in Israel alone. (Below is the 15 minute short version.)

How to say “I’m a vegan” in Hebrew 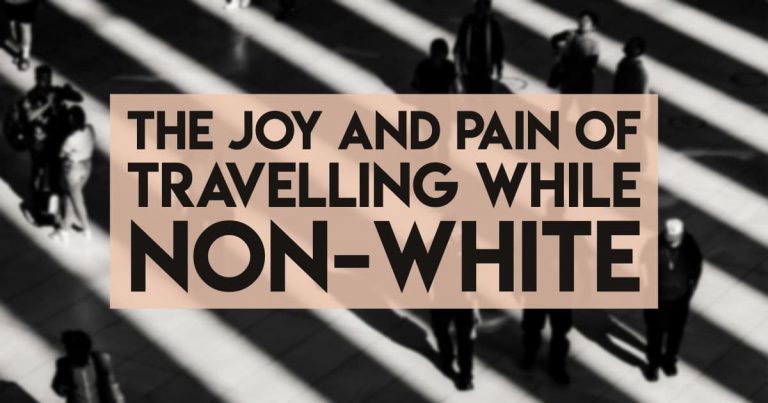 I’m called lao-wai in China. We’re called agaanib in Egypt and wazungu in East Africa. But even those we’re those things, we’re other people, and we’re ourselves. 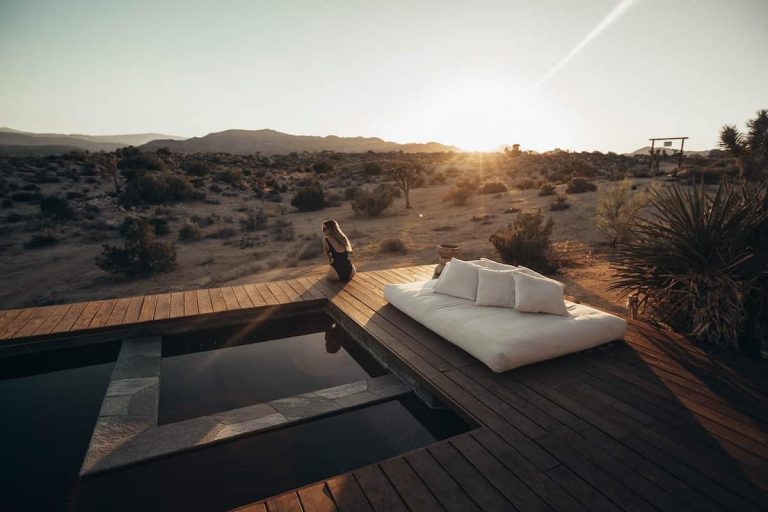 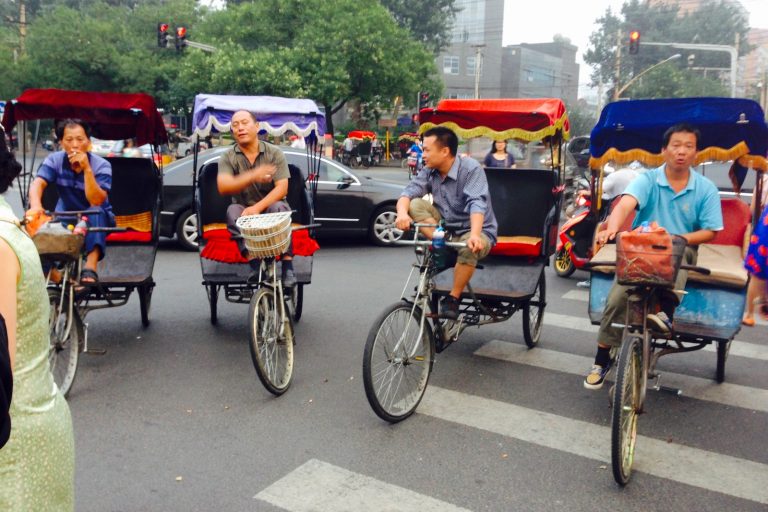